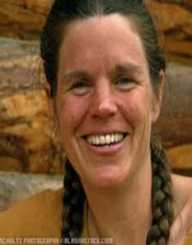 American dog musher Susan Butcher was born on December 26, 1954, in Cambridge, Massachusetts, U.S. She is famously known as the four times winner of the Iditarod Trail Sled Dog Race. She is celebrated in Alaska and has a day set in her honor known as the Susan Butcher Day.  She died on August 5, 2006, of leukemia in Seattle, Washington D.C.

Susan Howlett Butcher was born in Cambridge, Massachusetts on December 26, 1954. She grew fond of dogs at an early age and loved outdoor activities with her pets. She attended Warehouse Cooperative School and later joined Colorado State University. She had studied to become a veterinary technician, but her passion for dog racing was strong. She eventually moved to Alaska to pursue her dreams and engage in what she loved more. She was more determined to participate in Alaska’s Iditarod Trail Sled Dog Race. She endured the training and qualified to compete in the race.

For about two years Susan Butcher worked for Joe Redington who in turn would give her dogs for her team. In 1979, alongside Redington and Ray Genet, she had her first ever dog-sled training ascending the Denali. She also competed for the first time at the Iditarod the same year and competed in several other dog races. However, she was forced to quit the Iditarod competition in 1985, when two of her dogs died in a clash with a moose. Thirteen of her other dogs were severely injured making them unable to compete. She lost the Iditarod race to Libby Riddles.

Susan Butcher made her comeback in 1986, more experienced and determined and took the first place. She consequently made her wins in 1987, 1988 and later in 1990. The wins made her the second woman ever to win the Iditarod Trail Sled Dog Race. She became the first person to ever win the race four times in four years out of five stipulated years of competition. She set her first speed record in 1986 which she broke in 1987 and 1990 and maintained the speed record until 1992. Setting records in races like the Norton Sound, Kuskoswim and the John Beargrease Dog Sled Marathon. Susan decided to call it quit and retired in 1995.

As a skilled dog musher and racer, Susan Butcher had several accomplishments and earned awards including ‘National Women's Sports Foundation Amateur Athlete of The Year Award,’ ‘ Tanqueray Athlete of the Year’ and the ‘U.S. Victor Award for Female Athlete of the Year’ which she won in two consecutive years.

Susan Butcher was married to David Monson on September 2, 1985. David was also a dog racer in Alaska. The couple had two beautiful daughters Chisana and Tekla. She was inducted into the Alaska Hall of Fame in 2007. She was diagnosed with leukemia on December 2, 2005, and attended several chemotherapy sessions at the University of Washington.

On May 17, 2006, she went to surgery for a bone marrow transplant and some months felt better. However, on August 5, 2006, she succumbed to cancer which had returned shortly before her death. She died in Seattle, Washington D.C. A day was set in honor of her name on March 1, 2008, when the state of Alaska instated the Susan Butcher Day. This was to be commemorated every first Saturday of March. She is remembered as a legend of the Iditarod race in Alaska and around the globe.