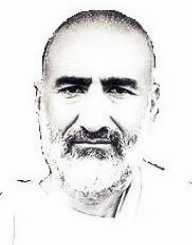 Allow me to call him the closest friend of Mahatma Gandhi who hailed as a spiritual and political leader. He was famously known by his moniker Bacha Khan or Badshah Khan. In the course of his political life, he went against the rules and regulations of the British Raj. The King as he was also called embraced pacifism which gave birth to a non-violent movement called Khudai Khidmatgar. It was his first opposition group that went against the British Raj rulership.

Since inception, Bacha Khan grew up as a staunch Muslim and violence was something that he despised to the core. He was always at the front when it came to the liberal ideals. In short, Abdul advocated for human rights with all of his might. He strongly opposed subdivision of India where he worked hard to bring peace and harmony. In all, he ends plans came to a standstill during the 1940s partition of India. As a result, anger and resentment followed him like a plague. The good thing is that he opted he opted to become an activist. Read along to understand more about his early and later achievements.

At a glance, Abdul Ghaffar Khan displayed an indelible need for social norms that was loved by all ages. The irony is that he didn’t wish to have an admirable, but what followed him was praises to the latter. The trust and confidence that he earned during his works protected him from blames and criticisms. However, Khan preferred to focus first on his path before rendering his service to mankind. Khan seemed to have left one thing that still lives among our midst-thus accepting our differences, uniqueness and day to day patterns. Read on.

On February 6th, 1890 Abdul Ghaffar Khan was first seen in the world in Charsadda, Utmanzai. His authoritative father was known as Bahram Khan who owned sizable lands in India. At this tender age, Khan joined the British Edward’s Mission School. He was known as a bright and creative student who excelled well in his studies.

As he grew up, Abdul Ghaffar Khan was mentored by Reverend Wigram. At his teenage life, he joined several organizations with the aim of decreasing the level of poverty in India. In the process, he also worked hard to promote literacy.

Early in 1910, at twenty years of age, Abdul Ghaffar Khan established a mosque academy in his native land. His firm ideals made him travel far and beyond to create awareness about education. In 1911 Khan teamed up with Pashtun freedom fighter called Haji Sahib of Turangzai. He opted to join his independence movement.

Sad to say in 1915 the British Raj’s rulership expelled him from spread the word of education by banning his mosque. Though he was heartbroken to the core, he didn’t give up preaching peace and harmony. In fact, the idea struck him to venture into social activists.

After a short pause, he met the Indian right civic leader called Mahatma Gandhi. This is what influenced him to act according to his principals and virtues. Gandhi’s motivation joined politics in 1919.The following year courage led him to join the Khilafat movement that strengthened the Indian’s spiritual ideals. In 1920 he was appointed as the leading foreman of North-West Frontier Province. It was during his rule that Abdul Ghaffar played a significant role in the establishment of Afghan Reform Society in 1921.He also took a major role in the formation of Pashtun Assembly in 1927.

In 1929 Abdul Ghaffar Khan joined the Indian Congress Party, and after some time he founded Khudai Khidmatgar movement. It was also known as Red Shirt Movement. The wing advocated for nothing else than independence. In the process, Khan worked together with Gandhi hence a deep friendship progressed as time passed. After the parturition in India Khan continued to fight for human rights but as an activist. This led him to taste the prison life in 1948 and 1946.

In 1964 Khan Abdul’s health started to show some weakness where he was advised to seek further treatment in the United States. After his return, he was sent to exile in Afghanistan. After his short please, he found himself behind bars after declining Zulfiqar Ali’s orders. For the rest of his middle life, Khan opted to withdraw from politics. In the process, he traveled to India during the Indian National Congress in the 1980s.

From 1987 to 1962 Abdul Ghaffar Khan received a wide array of awards and recognition. Some of the notable ones include the Amnesty International Prisoner of Conscience of the Year, Jawaharlal Nehru Award and Bharat Ratna award. When it comes to his personal life, Abdul Ghaffar Khan tied a nuptial knot with Meharqanda. The couple had two sons named Abdul Ghani Khan and Abdul Wali Khan and a daughter called Sardaro. Sad to say his wife called it quit the world in 1918.

After two years Abdul Ghaffar Khan married Meharganda’s cousin called Nambata with whom he had a son and a daughter. Unfortunately, Nambata too died in 1926 after an accident at her home. In spite of his middle age, he opted to live as a widower. The following years he spent his life as an active member of political activism. He breathed his last on January 20thn, 1988 at 97 years of age.