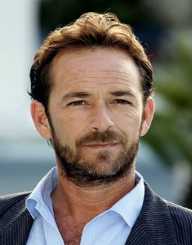 Luke Perry was born on 11th October 1966, to Coy Luther Perry, Jr., and Ann Bennett. Luke Perry was born in Mansfield, Ohio, in the United States. Perry is one of four children, with two sisters and a brother. His father was a steelworker, and his mother, a housewife.

Although born in Mansfield, Perry grew up in Fredericktown, and it was Fredericktown High School where he studied.

After high school graduation, Perry moved to Los Angeles to concentrate on an acting career, as the opportunities in Ohio were limited. Perry auditioned for over 200 roles before Perry was cast in a television commercial. After that, Perry was in a music video for the group Twisted Sister. In 1987, Perry won his first television role, which was on the soap opera, Loving. Perry left the show in 1988 and scored a role in another soap opera, Another World. Perry finished with the show in 1989.

Luke Perry left 90210 in 1995 in search of more mature roles that would break the bad-boy teen image Perry had created. Over the next three years, Perry was in seven movies. Two of them were television movies. Perry didn’t always have the starring roles, and in 1998 Perry returned to 90210 for financial reasons. Perry was with the show until 2000.

Perry also did stage work, and in 2001 was in the Broadway production of The Rocky Horror Show. In 2004, Perry went to London to appear in the stage production of When Harry Met Sally.

Luke Perry has had regular work since, and in 2017 he won the role of Fred Andrews in the television drama, Riverdale. Perry is still currently in the role at the time of writing.

Between 1991 and 2016, Perry appeared in 48 movies, several of the television movies. Perry is filming Once Upon a Time in Hollywood which is due for release in 2019.

Perry has been in 33 television series during the same period. Some were animations where Perry provided the voice of different characters such as The Simpsons and Family Guy.

In 1993, Luke Perry married Rachel Sharp. The couple had two children but divorced in 2003.