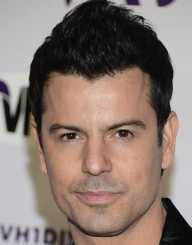 Jeffrey Brandon Timmons is an American pop singer, songwriter, and producer. Born on April 30, 1973, he is a founding member of the Grammy-nominated pop group 98 Degrees.

The band has released several hits songs and has sold over 15 million albums worldwide. Their hit songs include “The Hardest Thing,” “Because of You,” “I Do” and “Thank God I Found You,” a collaboration with Mariah Carey. Timmons took a break from 98 Degree, to pursue a solo career, with his debut album “Whisper That Way” released in 2004. He released a hit single “Emotional High” in 2010, which reached No. 1 in 14 countries.

Jeff Timmons was born on April 30, 1973, in Canton, Ohio. He received education at Massillon Washington High School and after graduating enrolled at Bluffton University, Bluffton, Ohio.

Timmons was involved in sporting activities and played for a year while at the University. Timmons later attended Kent State University, to study psychology but left to pursue a career in music.

After dropping out of school, Jeff Timmons moved to Los Angeles to pursue a career in the music industry. While there, he had several opportunities to start an acting career, but his love for music surpassed any other. Alongside others like Justin Jeffrey, Drew, and Nick Lachey, he founded the band 98 Degrees.

The band was later signed to the Motown label in the 1990s. Their first single Invisible Man was released in 1997 followed by a self-titled album. The track was viral and peaking at No. 12 on the Billboard Hot 100. 98 Degrees became very popular and gained fame after appearing in the movie Mulan, in which they sang True to Your Life in collaboration with Stevie Wonder. With the immense popularity, they released the album 98 Degrees and Rising in 1998.

The album contained hit singles like Because of You, I Do (Cherish You) and The Hardest Thing. The band released their highest Billboard 200 charting album, Revelation, in 2000. After the record, the group went into hiatus in 2002. Timmons joined other members of the band in 2005 to perform at Club Purgatory in support of bandmate Justin Jeffre, who was contesting the mayor of Cincinnati.for the They later regrouped to release the album 2.0 in 2013.

After the group went into hiatus, Jeff Timmons pursued a solo career with a tour with Jim Brickman. Touring for some years and receiving positive reviews, he wrote and arranged his debut solo album, Whisper That Way, released in August 2004.

The album contained hit singles likes Favourite Star, Whisper That Way, and Better Days. The album charted No. 20 on the Adult Contemporary chart. He participated in the VH1 reality TV series, Mission: Man Band in October 2006. Timmons released Emotional High in 2012 and That Girl in 2014.

Men of the Strip

Inspired by his wife Amanda, Jeffrey Brandon joined the Chippendales male stripper revue in 2011, where he performed as a singer and MC. This decision launched him into a new face of his career. With the success achieved, he made a proposal to the management of Chippendales for a more mainstream version, which they rejected.

Jeff Brandon later collaborated with entrepreneur "Money Mike" Foland and choreographer Glenn Douglas Packard to create the “Men of the Strip” revue. This scenario transformed into a docusoap film of the same name in 2014. Timmons acts as an MC and sometimes performs with The Men of the Strip performers. They are regular performers at the Tropicana Las Vegas since 2017.

Jeff Brandon married twice but his first marriage ended on a very bad note, and he decided never to remarry. He said of his first marriage," such a bad previous marriage I had no intention of ever having a serious relationship again." However, he met Amanda while co-hosting a New Kids on the Block event Jordan Knight. The two later fell in love and later married.