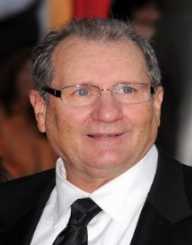 Edward Leonard O’Neil is an American actor and comedian. Born on April 12, 1946, he came to limelight with his role as Al Bundy in Married... with Children 1987–1997. The role earned him two nominations at the Golden Globes Awards. O’Neil since appeared in numerous films and television series. However, his role as Jay Pritchett in Modern Family, 2009–present did the magic. The part has won him four Screen Actors Guild Awards and been nominated for Primetime Emmy Awards three times. He has appeared in films like Disorganised Crime, 1989, Sibling Rivalry, 1990, Spartan, 2004, and Sun Dogs in 2017.

Edward Leonard O’Neil was born on April 12, 1946, in Youngstown, Ohio. His parents Ruth Ann and Edward Philip O’Neill were Irish-American Catholics. Edward worked as a truck driver and steel mill worker while Ruth was a social worker and homemaker.

O’Neil schooled at Ursuline High School but later transferred to Worthington High School. He was a talented athlete and joined the football team. O’Neil earned the nickname Ed O’Winner after winning a state championship. Following his graduation, he won a football scholarship to enroll at Ohio University. He majored in history but left after his second year. His passion for sports and partying superseded that of studies. He subsequently joined Youngstown State University on a transfer and played as a defensive lineman. In 1969, he joined the Pittsburgh Steelers. However, he returned to the University after a cut by the Steelers. On his return, he joined Youngstown State’s new theatre program.

In 1979, O’Neil made a professional acting debut as a boxer in the Broadway play Knockout. He played opposite Danny Ajello. It was during this production that director William Friedkin discovered him. This subsequently led to his debut movie role as Detective Schreiber in Cruising, 1980, starring Al Pacino. He followed it with roles in The Dogs of War and Disorganised Crime.

O’Neil appeared in the stage production of John Steinbeck's Of Mice and Men at the Hartford Theatre in 1986. During the production, he gained the attention of a casting agent from the Fox television network. He agent, therefore, request O’Neil to audition for the role of Al Bundy in the sitcom Married... with Children. The role became his biggest breakthrough. Married... with Children, showed on Fox from 1985 to 1997 for 11 seasons. He earned two Golden Globe nominations for the role.

Following that successful production role, O’Neil gained several other film and television roles. He appeared in films like Wayne’s World, The Spanish Prisoner, The Born Collector, and Little Giants. Others are The Adventures of Ford Fairlane, Spartan, Finding Dory, Sun Dogs, and Ralph Breaks the Internet.

In addition to film works, O’Neil has also appeared in several television productions. He made a cameo in the sitcom 8 Simple Rules, Dragnet, and a recurring role in the NBC sitcom The West Wing. Subsequently, he appeared in the series John from Cincinnati, and the ABC sitcom Modern Family. The latter role won him four Screen Actors Guild Awards. It also earned him three nominations (2011, 2012, and 2013) at the Primetime Emmy Award. O’Neil’s most recent roles include Family Guy, 2015 and Weird City, 2019.

Edward O’Neil married actress Catherine Rusoff in 1986. The couple has two daughters. O’Neil has a black belt in Brazilian Jiu-Jitsu.