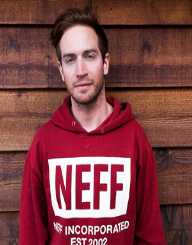 Scotty Lago was born on November 12, 1987. He is an American snowboarder. He started snowboarding while he was six years old. He won numerous contests at the beginning and continues to do the same to date. International acclaim came his way when he won a gold medal at the 2007 World Cup. In 2010, he won the bronze medal at the Winter Olympics in Vancouver. He is currently thirty years old.

Scotty Lago was born on November 12, 1987, in Seabrook in New Hampshire in the United States of America. He grew up on a farm where farming mostly took place. His father sold firewood to make a living. Lago learnt about snowboarding at home on television because there were no mountains near where he lived. At the age of six, he was given a snowboard as his Christmas present. He was later taken to Canada during winter and rode for the first time. Since then he developed a great love for snowboarding.

At the age of ten, Scotty Lago had already made a name for himself as a local snowboarding champion. He started snowboarding at a local tubing hill in Amesbury in Massachusetts. He was a winner of many snowboarding contests at an early stage in his life. His love for snowboarding led his family to establish a snowboarding company called ‘Kapital.’ In 2007, he made international headlines when he won the gold medal in the halfpipe opener at the 2007 World Cup.

In 2009, he won the quarter pipe at the United States Open. In 2010, he was a member of the 2010 United States Olympic Snowboarding Team. He was in the team with Shaun White, Greg Bretz, and Louie Vito. At the Olympics, he won the bronze medal scoring 42.8 out of 50.0. However, Lago had to return home before the end of the Olympics due to controversial photos that surfaced on the internet. The photographs were sexually suggestive, but he apologized to the public acknowledging his wrongdoing. At the 2013 World Cup, he won a silver and bronze medal in the competition.

Scotty Lago is a generous person hence he has raised money for the Floating Hospital for Children in Boston, Massachusetts. His hobbies are fishing and hunting. Lago has two brothers, William and Jason. He is a member of the Friends Crew. He is currently thirty years old.