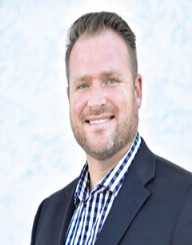 Brent Erickson was born on March 26, 1966. He is an American Computer and video game developer. He is an Executive Vice President in charge of the Industrial and Environmental Section at the Biotechnology Innovation Organization (BIO).

Brent Erickson was born on March 26, 1966, in the United States of America. He holds a Bachelor of Science in Biology. He also holds an M.A in International Studies. He also worked for three years at the United States Department of Energy’s Laramie Energy Technology Centre.

In 1978, Brent Erickson published his first game for the TRS80 and Apple Computers. In 1983, he got a job with Access Software where he created more than thirty products. He created the Tex Murphy series of games which was a best seller and award winner. In 1993, he was appointed the legislative director of the staff of the United States Senator and Republican Whip Ala Simpson. In 1995, Brent Erickson established Flashpoint Productions where he produced products for Electronic Arts among others. In 1996, he became a Washington Representative at the American Petroleum Institute. In 2000, he joined BIO as the director of the Industrial and Environmental Section. In 2001, he became the Vice President.

Brent Erickson is married to Pamela Erickson. He has an estimated net worth of $9.6 million.