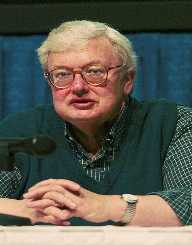 Roger  Ebert was born 18th June 1942, to Walter and Annabel Ebert. He was born in Urbana, Illinois, in the United States. Roger Ebert was an only child, with his father being an electrician, and his mother, a bookkeeper. Roger  Ebert studied at Urbana High School, and during his years of study he was also writing for one of the local newspapers, and in his last year of high school became editor-in-chief of the high school newspaper and class president. Roger  Ebert’s other accolade was winning the Illinois High School Association state speech championship in the radio speaking category.

Roger  Ebert enrolled at the University of Illinois and started his studies there while he was still in high school. He graduated from Urbana High School in 1960, and he was awarded his undergraduate degree in 1964. As he continued with his university studies, Roger Ebert was also a reporter for the Daily Illini. In his senior year, he became the editor. At the same time, he was a reported for the News-Gazette, which he had been working at for some years.

Roger  Ebert started to study for his master’s degree, and he studied for a semester in the English department. He was then awarded a fellowship by Rotary, and he traveled to the University of Cape Town where he spent 12 months. Upon his return to the U.S., he studied for two semesters in Illinois, and then he was accepted as a Ph.D. candidate at the University of Chicago.

Roger  Ebert applied to the Chicago Daily News hoping to gain a position there, but he was referred to the Chicago Sun-Times. He was hired as a reporter and feature-writer in 1966. In 1967, the movie critic of the Sun-Times left the paper. Roger Ebert was given the job, but he couldn’t cope with all the work as well as his studies. He made the decision to leave university and concentrate on his career as a movie critic.

As well as 1967 being the start of his career, it was also the first time he met Pauline Kael. She was a movie critic herself but gave Roger Ebert great kudos by telling him that his work was “the best film criticism being done in American newspapers today.” 1967 was also the year that Roger Ebert released his first book. It was called, Illini Century: One Hundred Years of Campus Life, and was published by University Press. Over the next few years, Roger Ebert kept himself very busy. In 1968 he began working for the University of Chicago as an adjunct lecturer, tutoring a night class on film.

He co-wrote several movie scripts, including the cult classic, Beyond the Valley of the Dolls. In 1975, Roger Ebert started co-hosting Sneak Previews with Gene Siskel. It was a weekly television show that did film reviews. Although the show started with the local Chicago broadcaster WTTW, it was picked up for nationwide syndication. This madeRoger Ebert a household name in America. In 1982 they moved away from PBS who had, up until that time, syndicated their show. They launched a similar program called At The Movies with Gene Siskel& Roger Ebert.

In 1986 they moved yet again, this time calling their program Siskel& Ebert & The Movies. It was aired through Buena Vista Television. Siskel died in 1999, and the show was renamed, Roger Ebert & the Movies. Different co-hosts were used, but in September 2000, a columnist from the Chicago Sun-Times, Richard Roeper, was given the position on a permanent basis. The show then became, At The Movies With Ebert & Roeper. From 1995, Roger Ebert also dabbled in television, making cameo appearances. He did, though, along with Roeper, appear on the pre-awards show for the Academy Awards, for many years.

In 1999, Roger Ebert created his own film festival and called it Ebertfest. The festival took place in Champaign, Illinois. That same year, he also starred in the documentary, For the Love of Movies: The Story of American Film Criticism. In 2007, Roger Ebert's reviews were syndicated to over 200 newspapers throughout the U.S., and overseas. Throughout the years, Ebert published over 20 books.

In 2008, Roger Ebert stepped down from his show At The Movies. His last television series, Ebert Presents: At the Movies began airing in January 2011. Throughout his busy life, Roger Ebert never stopped writing for the Chicago Sun-Times. He was still writing for them at the time of his death in 2013. In 2014, a bio-documentary called Life Itself was released about Ebert.

Roger  Ebert's  awards and honors include:

2005:   Awarded a star on the Hollywood Walk of Fame (first film critic to receive the honor)

2009:   Inducted into the Directors Guild of America as an honorary life member

In 1992, at the age of 50, Roger Ebert married Charlie “Chaz” Hammelsmith, an attorney. Hammelsmith has become the Vice President of the Ebert Company.