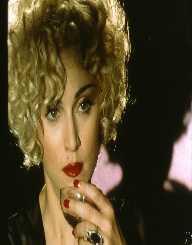 Mahogany Cheyenne Gordy was born on October 5, 1994.  She is a social media personality. She is also a DJ, actress, Vine star, and singer. She is twenty two years old. She belongs to the famous Gordy family. She is among the famous stars on Vine. She has more than one million followers in all her social media accounts, that is, Twitter, Instagram, and Vine. She has four hundred and eighty five thousand subscribers on her YouTube Channel.

Mahogany Cheyenne Gordy was born on October 5, 1994, in Michigan in the United States of America. She was born to Berry Gordy IV and Valerie Robeson. She was brought up alongside one sibling, Skyler Austen Gordy.

In 2015, Mahogany Cheyenne Gordy went on the Reflection Tour with the female band Fifth Harmony. She decided to display her singing talent in the music video titled ‘Boom.’ In the same year, the song was released as a single. She became popular with the single as it was a success. The music video was released on Popcrush and later on YouTube. The video received more than one million views to date. The music video made her a pop star. Mahogany is a free spirit, and she makes friends quickly. She is a disciplined celebrity as she has no scandals so far. She is also a family girl as she loves spending time with her family.

Mahogany Cheyenne Gordy is not only a singer but a dancer, actor, and a fashion designer. She is also a sketch artist. She holds the title of Queen of Young Hollywood which was a competition organized by PopCrush in the year 2015. Her family is accredited for the making of the ‘Rhythm and Blues’ genre of music globally.  She was named after the Movie ‘Mahogany.’ The movie was directed by her grandfather, Barry Gordy.