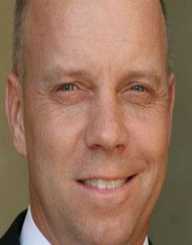 Scott Scovell Hamilton was born on 28th August 1958, in Bowling Green, Ohio, in the United States. He was adopted at six weeks of age, by Ernest and Dorothy Hamilton, both professors. He has an older sister who is the biological daughter of his parents, and a younger brother, also adopted.

At two years of age, Hamilton contracted an illness and stopped growing. The doctors could not find out what was wrong with him, and eventually, his parents were advised just to let him eat regularly and live his life. It was determined many years later that a brain tumor had been the problem.

In 1971, Scott Hamilton began training as an ice skater with Pierre Brunet, a former Olympic champion. In 1976 he enrolled in college and came close to giving up skating as the cost of training was too expensive.

He studied at Bowling Green State University. Hamilton was lucky in that he found benefactors in Frank and Helen McLoraine, who provided the finances necessary for Hamilton to continue with his training.

In 1980, Scott Hamilton came third in the U.S. Figure Skating Championships. This was enough to get him a placement on the U.S. Olympic team. At the 1980 Winter Olympics, he finished fifth.

He then went on to win the gold medal at the 1984 Winter Olympics, and in April that year, he turned professional.

Scott Hamilton started his professional career by joining the Ice Capades and touring with them for two years.

He then created his own, Scott Hamilton’s American Tour. He later renamed this to Stars on Ice. Hamilton co-produced the program for 15 years, and performed in it as well, retiring in 2001.

Starting in 1985, Hamilton has commentated on skating with CBS television over the years. He also hosted the program, Skating with Celebrities, in 2006.

Scott Hamilton has made appearances on other television shows, including, Celebrity Apprentice (2009), Roseanne (2009), and Scott Hamilton: Return to the Ice (2010).

He has also written two books. The first was released in 2009, called, The Great Eight, the second was published in 2018, Finish First: Winning Changes Everything.

Among his awards and honors, Hamilton has the following:

1990:   Inducted into the United States Olympic Hall of Fame

In 2002, Scott Hamilton married Tracie Robinson. They have three sons and a daughter.

Scott Hamilton has had to battle cancer over the years.

In 1997, he had treatment for testicular cancer and returned to skating afterwards.

In 2004, he was diagnosed with a benign brain tumor. Hamilton had brain surgery in 2010 to stop the benign tumor from recurring.

In 2016, Hamilton announced that he had another brain tumor, but in 2017, he said that it had shrunk without chemotherapy treatment.

Hamilton has supported the Special Olympics for many years and is currently a Global Ambassador.

He is also an honorary board member for the Multiple Myeloma Research Foundation.