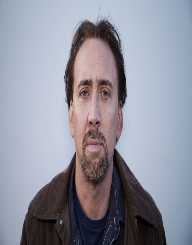 Nicolas Cage was born on January 7, 1964, in Long Beach, California. He was initially called Nicolas Coppola. His parents are August Coppola, who teaches literature, and Joy Vogelsang, who is a choreographer. He also has two older brothers, Marc, who also is an actor, and Christopher, who is a director. He likely got his passion for acting from his uncle, the famous director, Francis Ford Coppola.

Nicolas Cage dropped the Coppola last name when he went into acting to separate himself from his famous uncle and other relatives who were already making a living in Hollywood. He picked up the last name Cage from a comic book hero, Luke Cage.

Nicolas Cage came from a family that was deeply involved with Hollywood, so it was no surprise when he fell in love with acting. He even spent a short amount of time working at a movie theater, selling candy and popcorn. When he was 15, he took a summer class on stage at the American Conservatory Theater in San Francisco, California. Shortly after, when he was only 17, he dropped out of the Beverly Hills High School he attended to pursue acting full time.

Nicolas Cage got his first role in the teenage comedy movie Fast Times at Ridgemont High in 1982. Next, he had a lead role in the film Valley Girl in 1983. He finally accepted help from his uncle later in 1983, when he took on a small part in the movie Rumble Fish. Some of the film that helped to make him famous he starred in during his early years are listed below.

Birdy, The Boy in Blue, Peggy Sue Got Married, Moonstruck, Honeymoon in Vegas, Deadfall, It Could Happen to You, Trapped in Paradise

All of these movies were filmed between 1982 and 1994. In that time, Nicolas Cage had started from a small role and worked his way up to stardom. In 1994, he began making around 4 million dollars per movie, which some exceptions.

Nicolas Cage continues to act to this day, bringing in much more than 4 million for an average movie. His net worth is about $25 million because of how often he works. He is known for the distinct way he speaks to the camera. He is an instantly recognizable actor that millions know and love, and who millions more love to hate.

Some may say that his acting style is sloppy, but Hollywood can’t seem to get enough of him. Below is a list of his most famous movies, including animated films he did voices for, from 1995 to 2016 in chronological order.

Nicolas Cage began producing movies in 2000. He also directed one film (Sonny) in 2002. Below is a list of all movies he has created. Some of them he even acted in.

Bel Air, Shadow of the Vampire, Sonny, The Life of David Gale, Lord of War, The Wicker Man, Next, The Dresden Files, Bangkok Dangerous, The Sorcerer’s Apprentice, A Thousand Words, Can’t Stand Losing You: Surviving the Police, Vengeance: A Love Story

Nicolas Cage has been acting for over 30 years, and in that time he has earned a lot of praise. Below are all of the awards he has won since he began acting. He has won eleven awards for best actor, inducing the Festival de Cine de Sitges Award for Best Actor. He has also won five awards for favorite actor, including the Blockbuster Entertainment Award for Favorite Actor.

Screen Actors Guild Award for Outstanding Performance. Other notable awards he has won include the MTV Movie Award for Best On-Screen Duo and the Blockbuster Entertainment Award.

Nicolas Cage has two sons, one of which being Weston Coppola Cage. He was born in 1988 to Cage and his then girlfriend, Christina Fulton. The two never married. Nicolas Cage has been married three times.

First to Patricia Arquette in 1995 until 2001. Next, he married Lisa Marie Presley in 2002 and got divorced the same year. Lastly, he married Alice Kim, who he is currently married to. They have one son together, Kal-El Coppola Cage, who was born in 2005.