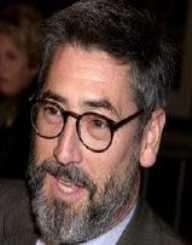 John  Landis is an American film actor, screenwriter, film director, and producer. Born on August 3, 1950, he is known for directing comedy films including National Lampoon’s Animal House, 1978, and The Blues Brothers in 1980. He directed Michael Jackson’s Thriller music video in 1983 and Black and White in 1991. John Landis has also directed films like An American Werewolf in London, 1981, Coming to America, 1988, and Beverly Hills Cop III, 1994 among others.

John Landis was born in was born on August 3, 1950, in Chicago, Illinois to Shirley Levine and Marshall Landis. His father was an interior designer and decorator. His parents moved to Los Angeles when he was four months old. He gained interest in the film industry especially in directing after watching The 7th Voyage of Sinbad.

With that great interest in filmmaking, John Landis started his career with 20th Century Fox as a mailboy. He was the assistant director during the shooting of MGM’s Kelly’s Heroes in 1969. This was when he met actors like Donald Sutherland and Don Rickles, whom he later worked with in his films. After the filming of Kelly’s Heroes, he also worked on film including, El Condor, A Once Upon a Time in the West and A Town Called Bastard, all filmed in Europe. Throughout this period, he also worked as a dialogue coach, stunt double, production assistant, and actor.

Taking up various positions in filmmaking, John Landis finally made a feature film debut in directing with Schlock in 1971. He was the writer and also appeared in the film. However, Schlock was a failure. His next directing role was Kentucky Fried Movie in 1977 and followed it with the Universal Studios National Lampoon’s Animal House in 1978. The film was a box office success grossing $120 million in the US. John Landis was the co-writer and director of the comedy film The Blues Brothers, 1980 starring Dan Aykroyd and John Belushi. The Blue Brothers made at the cost of $30 million was one of the most expensive movies at the time. The following year, he wrote and directed the comedy horror, An American Werewolf in London.

A helicopter crash killed actor Vic Morrow and child extras Renee Shin-Yi Chen (age 6), and MycaDinh Le (age 7) during the shooting of Twilight Zone on July 23, 1982. The deceased were trapped under the out of control helicopter when it crashed. A report by the National Transportation Safety Board in October 1984, attributed the cause of the crash to “the detonation of debris-laden high-temperature special effects explosions, which was too close to a low-flying helicopter. This led to the damage of one rotor blade and delamination due to heat to the other rotor blade, the separation of the helicopter's tail rotor assembly, and the uncontrolled descent of the helicopter.”

The report established that “the closeness of the helicopter to the special effects explosions due to the lack of direct communications and coordination between the pilot, and the film director (John Landis in charge of the filming operation.” As a result, Landis and four crew members were charged with involuntary manslaughter. At the end of the nine months trial between 1986 and 1987, Landis and the crew members were acquitted and discharged. The parents of the children were awarded $2 million each in an out of court settlement.

John Landis has directed several other films including Trading Places, a Prince and the Pauper, starring Eddie Murphy and Dan Aykroyd and was filmed directly after the Twilight Zone accident. He directed Into the Night starring Jeff Goldblum, David Bowie, and Michelle Pfeiffer. Others include Spies Like Us, Three Amigos, and co-directed and produced by Amazon Women on the Moon. He directed Coming to America starring Eddie Murphy, Oscar, starring Sylvester Stallone, Beverly Hills Cop III, and The Stupids.

John Landis directed Michael Jackson’s Thriller music video in 1983. The video became very popular and won many awards including Video Vanguard Award for The Greatest Video in the History of the World. He also directed the video for Black and White in 1993. Landis has also directed several music videos.

John Landis has worked as a director and executive producer in television productions including the series Dream On, 1990, Weird Science, 1994, Sliders, 1995, and Campus Cops (1995). Other works include,“Honey, I Shrunk the Kids: The TV Show” in 1997, Sir Arthur Conan Doyle’s The Lost World, 1998 and Masters of Horror. He has also made television commercials for Coca-Cola, Pepsi, DirecTV, Disney and Taco Bell.

John Landis also directed documentaries mostly to promote his feature films. He made a debut with Coming Soon in 1982. In 1985, he co-directed B.B King “Into the Night” and Where Are They Now?: A Delta Alumni Update in 2002. Landis later became more serious in the field and directed Slasher, 2004, and Mr. Warmth: The Don Rickles Project, 2007, which won him an Emmy Award in 2008. His next work was Starz Inside: Ladies and Gentlemen in 2009 and Making of Thriller, filmed in 3-D. He appeared in The Man Who Saw Frankenstein Cry, a Spanish documentary about movie director Paul Naschy.

John Landis is married to costume designer Deborah Nadoolman. The couple has two children, Max a screenwriter, and Rachel, an early childhood educator. John Landis stated he is an atheist during an interview with BBC Radio.