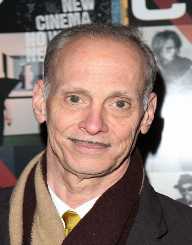 John Waters is known for his work directing and producing movies that were less than conventional.  His shocking work is also displayed in art, photography, and books.

John Waters was born on April 22, 1946, in Baltimore, Maryland.  He grew up in the suburbs of Baltimore with love for movies.  One of his birthday gifts from his grandmother was an 8mm film camera.

However, John Waters was not as interested in movies that were appropriate for his age.  He showed more interest in that which was dark, violent, or mature.

John Waters is a graduate of Boy's Latin School in Maryland.  He attended New York University for a few days.  He was not interested in the conventional approach to art and creativity.  He did not drop out.  Rather, he was expelled for smoking marijuana on campus.

His filmmaking career started in these teenager years with amateur movies and bizarre storylines that attracted an anti-mainstream audience. Many of his short films were made and screened in his hometown of Baltimore.

These cult classics helped him gain popularity in the underground movie scene. His first successful film was Pink Flamingos. The 1972 film was the basis of many of his movies that were extreme, exaggerated, and somewhat bizarre.

It is one of the reasons that many audiences find Waters to be shocking and disgusting.

In time, Water's movies became more popular and ideal for mainstream film.  They had commercial appeal as well as the unique quality about them.  Polyester was his first mainstream film in 1981. Hairspray was released in 1988.  Not only did it become the breakthrough film for actress Ricki Lake, but it was also a switch from the dark and violent subject matter that Waters was known for. The successful movie based in Baltimore was later adapted into a Broadway musical.  Other mainstream movies include titles such as Cry-Baby, Serial Mom, Pecker, and Cecil B. Demented.  John Waters has also made appearances on television and in movies.  He made guest appearances on shows such as My Name is Earl, 21 Jump Street, and Homicide:  Life on the Street.  He also did voice acting for Mickey Mouse, Frasier, and The Simpsons.  He appears in some of his films.

John Waters is also known for his photography and artwork.  His work has been exhibited in galleries across the country and around the world. John Waters has shown his work at the Marianne Boesky Gallery in New York and the Gagosian Gallery in Los Angeles.

While he has some original work, he also included still photos from his early short films. Some of the unusual things that Waters dreams up or attempts have also been published in books.  In the 1980s he published Shock Value:  A Tasteful Book About Bad Taste and Crackpot. The Obsessions of John Waters.

In 2010 he published Role Models which provides humorous insight about those who influenced his life.  In 2014 he released Carsick: John Waters Hitchhikes Across America.  This memoir of his experience traveling from Baltimore to San Francisco and those he met along the way.

John Waters has supported gay rights and gay pride for many years.

In 1999, John Waters earned the Filmmaker on the Edge Award.  He was also recognized for his early work during the British Film Institute program in 2015.

John Waters is an avid collector of books.