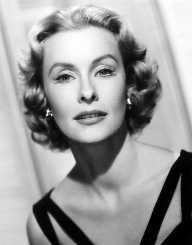 Marjorie Merriweather Post was an American socialite and entrepreneur. Born on March 15, 1887, she was the owner of General Foods Inc. (formerly the Postum Cereal Company) which she inherited after the death of her father.

She built the Mar-a-Lago, an estate currently owned by President Donald Trump and also owned several plush houses. Post was very wealthy and spent most of her fortune on art collection, especially on pre-revolutionary Russian art. Most of her collections are on display at Hillwood, a museum, which was part of her estate.

Marjorie Merriweather Post was born on March 15, 1887, in Springfield, Illinois. She was the only child of C.W Post and Ella Letitia Merriweather. She received education at the Mount Vernon Seminary and College (currently the George Washington University’s Mount Vernon Campus). Her father died when she was 27 years making her the heir to the Postum Cereal Company. This made her the wealthiest woman in the United States, having inherited a fortune of about $250 million.

Marjorie Merriweather Post owned several luxurious estates including the Hillwood, Mar-a-Lago in Palm Beach, Florida. The latter was designed by Joseph Urban and Marion Sims Wyeth and contained 115 rooms. She willed it to the United States federal government in 1973 to be used as a retreat centre for presidents and visiting foreign dignitaries.

In 1980, it was declared a National Historic Landmark. In 1985, Donald Trump bought it and reopened as a private club. Post and her second husband, Hutton, owned the Sea Cloud (Hussar V), which was at the time the largest privately owned yacht in the world. Post owned several other properties including the Camp Topridge on Upper St. Regis in the Adirondacks, Great Camp and the Tregaron in Washington.  Her Long Island home is now the C.W. Post College at Long Island University.

Marjorie Merriweather Post also owned several traditional jewellery some of which were given to the Smithsonian Institute in Washington DC. Some of these jewelleries are displayed un the Harry Winston exhibit including the Napoleon Diamond Necklace and the Marie Louis Diadem, a 275-ct (55 g) diamond-and-turquoise necklace and tiara set.

This was a gift Napoleon I gave to his wife Empress Marie Louise. Others on display are an emerald-and-diamond necklace and ring (formerly for emperor Maximilian) and a pair of diamond earrings set with pear shapes (formerly belonging to Marie Antoinette).

Marjorie Merriweather Post's third husband, Joseph E. Davies served as the United States Ambassador to the Soviet Union from 1937 to 1938. While in Russia, Post and Davies purchased several Russian arts from the Soviet authorities.

These artworks were seized from Russian aristocrats and the Romanov family after the Russian Revolution under Joseph Stalin. She was mostly criticised for acquiring these artworks at cheaper prices from looters during the Revolution. Most of these arts collectionsare on view at Hillwood, a former estate of Marjorie in Washington DC. The estate started was operated as a private museum after the death of Post.

Marjorie Merriweather Post married four times; first to investment banker Edward Bennett Close in 1905 and divorced in 1919. The couple had two daughters,Adelaide Close and Eleanor Post Close. Her next marriage was to financier Edward Francis Hutton in 1920. They had a daughter, Natalia Marjorie Hutton and divorced in 1935.

After their marriage, Hutton became the board chair of Postum Cereal Company in 1923. It was during his time that the company developed a variety of food products including the Birdseye Frozen Foods. Postum Cereal Company changed to General Foods in 1929. After the divorce, Post married Washington D.C. lawyer Joseph E. Davies in 1935.

They divorced in 1955 with no child. In 1958, she married her last husband Herbert A. May, a wealthy businessman. This marriage also ended in a divorce in 1964. Marjorie Post died on September 12, 1973, in her Hillwood estate after a long illness. Marjorie was interred at the estate.