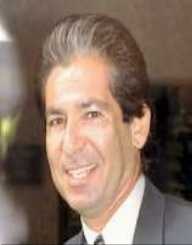 Keeping His Conscience Aside: Robert Kardashian

American attorney and businessman Robert George Kardashian was born on February 22, 1944, in Los Angeles, California, United States of America. He was the son of the third generation Armenian-American Arthur and Helen Kardashian. His parents were the owner of the largest meat packing business in Southern California. He had two siblings, sister Barbara and brother Tom Kardashian.

After having received the Law degree, Robert Kardashian started his career as a practicing lawyer during the late 1960s. After practicing for a decade, he ventured into business and began a trade publication, Radio & Records in 1973 along with his brother and another investor, jointly. Radio & Records was then sold in 1979 with a considerable profit margin. He mooted the idea of playing music between movies in theatres and started ‘Movie Tunes,’ a music company, to successfully conceptualize his pioneering idea. He served as the president and CEO of the company. Around this time, he met football star O.J. Simpson and befriended him. He and Simpson jointly started a frozen yogurt company, Juice Inc. and later a music video company called Concert Cinema.

Simpson’s ex-wife Nicole Brown Simpson and her friend Ron Goldman were found murdered on June 12, 1994, and the police suspected Simpson to be a possible murderer. However, Simpson instead of surrendering to the police preferred to hide at the house of Robert Kardashian and later tried to flee. He was to present himself before the media at 11 A.M. on June 17, 1994. Kardashian speaking on behalf of Simpson read a letter purportedly written by Simpson to the assembled media. The message was interpreted as a suicide note by the media personnel who had gathered to attend the press conference held by lawyer Robert Shapiro, a key member of the legal team representing Simpson.

Simpson was eventually captured after a televised police chase and brought to trial in 1995. He was charged with the twin murder of Nicole and Goldman. Robert Kardashian reactivated his license to practice law to become eligible to be included in the legal team formed to defend Simpson. His association with the group of defense lawyers as a volunteer assistant enabled Kardashian to avoid the compulsion of testifying against Simpson successfully.

Robert Kardashian stood firm and rock solid in his support for his friend Simpson and his shrewd handling of the criminal case thrust him into national prominence. The Simpson case dragged on for a few months, and in October 1995, Simpson was exonerated of the murder charges by the Jury enabling his acquittal.

After the exoneration of Simpson, the friendship between Robert Kardashian and Simpson went downhill. Kardashian was the man who was seen carrying Simpson’s garment bag taken from the latter’s estate. It was suspected that the bag might have contained crucial evidence like Simpson’s blood-soaked cloth or the murder weapon.

However, as said earlier, Kardashian could not be summoned to testify against Simpson, as he was a key member of the legal team defending Simpson. However, Robert Kardashian later admitted that he was not sure about Simpson’s innocence and the blood evidence is the main stumbling block for him to be convinced about the latter’s innocence.

Robert Kardashian was involved romantically with Priscilla Presley and dated her from 1975 to 1976. He married Kris Houghton in the year 1978. The couple was blessed with four children: Kourtney, Kimberly, Khloé, and Robert. Kardashian divorced Kris in 1991. Then he got engaged to Denice Shakarian Halicki, widow of movie producer H.B. Halicki, a short while after his divorce from Kris. However, they never married and finally ended their relationship in 1994.

Robert Kardashian married Jan Ashley in 1998. The marriage was annulled barely 30 days afterwards. Kardashian started dating Ellen Pierson in 1999 and proposed to marry her in 2001. He was diagnosed with esophageal cancer in 2003. In spite of the fatal diagnosis, Kardashian and Pierson tied the nuptial knot shortly afterwards. Kardashian breathed his last on September 30, 2003, barely six weeks after his third marriage and eight weeks after the diagnosis. He was 59 years old and was in his Los Angeles home at the time of his death. His mortal remains were entombed at Inglewood Park Cemetery in Inglewood, California.

The trial of O.J. Simpson was made into a television series titled American Crime Story: People v. O.J. Simpson and was premiered at the 2016 FX miniseries. David Schwimmer portrayed the character of Kardashian on the show, and the series evaluated the trial in subtle details.

All the four children of Kardashian regularly appear on their family reality television series, ‘Keeping Up with the Kardashians’, and its spinoffs.