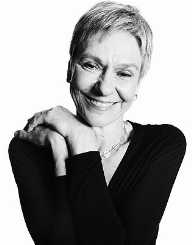 Siobhan Davies is a British choreographer and dancer.

Susan Davies was born in London, England, on September 18, 1950. Her mother, Tempe, was a journalist. Her father, Graham, owned a small textile business. She began her education at the Queensgate School for Girls. She briefly studied at the Hammersmith College of Art. She then enrolled at the London Contemporary Dance School. She was part of the school’s first generations of students.

In 1967, Davies began dancing with the London Contemporary Dance Theatre. She soon changed her first name from Susan to Siobhan, because there was another dancer called Sue Davies. In 1972, she was promoted to the position of associate choreographer. In 1976, she spent a few months performing in New York City. In 1980, she started a small company, called Siobhan Davies and Dancers. Two years later, she teamed up with choreographers Ian Spink and Richard Alston. Together, they formed Second Stride, a touring dance company based in the United States. In 1984, she became the head choreographer of the London Contemporary Dance Theatre.

Davies has become known for her unique style of dancing. She combines new and modern elements with traditional movements. Her work includes The Art of Touch, Sphinx, Wyoming, White Man Sleeps, Bird Song, Plants and Ghosts, and many other performances. Some of her pieces of work are used in the syllabus of the General Certificates of Education. In 2007, she decided to stop working on touring dance performances. She became more focused on a combination of contemporary art forms. She creates live performances and short contemporary films. She also sometimes hosts art exhibitions in her studios.

Davies became the recipient of the Fulbright Arts Fellowship in 1986. She won two Laurence Olivier Awards, one in 1993 and another in 1996. In 2002, she received the title of Commander of the Order of the British Empire for her contribution to the field of dance. Her studios, designed by Sarah Wigglesworth, won an award from the Royal Institute of British Architects.

Davies met her partner, David Buckland, in 1977. They have a son named Sean and a daughter named Piera.