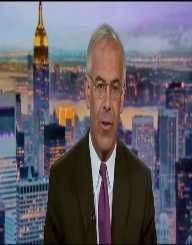 David Brooks is a Canadian born American journalist and leading political Commentator. He started as a liberal and later became a light conservative.

His books “Bobos in Paradise” and “On Paradise Drive” question the American living methods in an amusing and thought-provoking way. His style is often termed “Comic Sociology.”

David Brooks was born on 11 Aug 1961 in Toronto, Canada. He belonged to a Jewish family. His father was an American citizen living in Canada. Davis received his early education from The Grace Church School. David Brooks completed his high school from Radnor High School in 1979 since his family had moved to Philadelphia. He obtained his Bachelor’s degree in History from The University of Chicago in 1983. His thesis was on the science writer Robert Ardrey. As an undergraduate Brooks regularly contributed to the Campus publications. He also wrote a spoof on William F Buckley Jr. Buckley offered him a job when he visited the university.

David Brooks became a police reporter for The City News Bureau of Chicago. In 1984 he approached William Buckley for a job. He was accepted as an intern in Buckley’s ‘National Review.’ After his internship, he spent some time at the Hoover Institute at Stanford University. He then got a job writing movie reviews for ‘The Washington Times.’ In 1986 he joined ‘The Wall Street Journal’ and worked as an editor of the book review section. From 1990-94, he was posted as an op-ed columnist to Brussels by The Wall Street Journal. He covered Russia,

The Middle East, South Africa and the European affairs. By the end of his tenure, he had become the editor of the opinion page. He joined the newly launched neoconservative The Weekly Standard. In 1995 he served as the senior editor of The Weekly Standard and a contributor to The Newsweek. He wrote articles in several magazines including ‘The Atlantic Monthly.’

David Brooks was considered a moderate conservative. He supported the use of American military abroad as a neoconservative. He, however, viewed the war in Iraq as a product of faulty intelligence. David Brooks also supported liberal causes like same-sex marriages, abortion under special conditions.

In 2000 he published a book titled “Bobos in Paradise: The New Upper Class & How they got there.” It was a book of cultural commentary, and it received considerable acclaim. In 2003 Brooks was employed by Gail Collins of New York Times. In 2004 Brooks published a sequel to his first book. It was titled “On Paradise Drive: How we live now (And always have) in the Future Tense.” It was not as successful as the first book. David Brooks was the volume editor of ‘The Best American Essays,’ and he authored ‘The Social Animal: The hidden sources of love, character & Achievement.’ This book was a commercial success and reached #3 spot on The Publishers Weekly Bestsellers list for non-fiction in April 2011.

David Brooks is a frequent analyst on NPRS ‘All Things Considered’ and the ‘Diane Rehm Show.’ He is also best known as a political analyst for ‘The Newsroom with Jim Lehrer’ a Television news program. His articles have appeared in The New Yorker, The New York Times magazine, Forbes, The Washington Post and The Public Interest.

David Brooks has received many awards and honorary degrees from institutes like Williams College, New York University, Brandeis University and Occidental College. In 2004 he established ‘The Sidney Awards”. It is named after the great philosopher Sidney Hook. This is an award presented every year. It is to honor the best political and cultural journalism of the year.

In 2010 he was honored with the membership of the American Academy of Arts & Sciences.

In 1986 he married Jane Hughes whom he met when they studied at University of Chicago. They have three children.