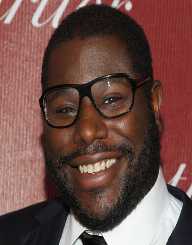 Steve McQueen was born on 9th October 1969, in London, England. McQueen studied at Drayton Manor High School, followed by West London College, where he studied A-Level art. McQueen then went to Chelsea College of Arts to further his education on art and design.

Steve McQueen did more study at the University of London, in Goldsmiths College, where McQueen studied fine art. It was during this period that he became interested in film.

McQueen then went to the Tisch School of the Arts at New York University in the United States. McQueen felt very restricted and not able to express his creativity.

McQueen’s second short film was called Five Easy Pieces and was released in 1995. The movie followed a woman walking across a tight-rope. His other movies were just as artistic, and between 1993 and 2009 he wrote, directed and produced 12 of them. As well as his short films, McQueen has directed four feature films, writing three of them as well. His movies covered controversial topics. His movie Shame (2011), for example, was about a sex addict who had his world upset when his long-lost sister came back into his life.

McQueen released 12 Years a Slave in 2013. It was based on an autobiography from 1853 of a black man who was free, but then kidnapped and sold into slavery, and his life for the next 12 years until he was released. McQueen has also worked on other projects such as a limited six-episode series for HBO called, Codes of Conduct, but after the pilot, HBO didn’t go ahead. McQueen was also working on a drama for the BBC based on the lives of a group of black Britons, from 1968 to 2014.

McQueen also worked with Kanye West to shoot one of his videos for a new single he had at the time in 2015.

Steve McQueen has been nominated for over 120 awards. He has won 78 of them to date, including one Academy Award, two BAFTA Awards, four Black Reel Awards, and one Golden Globe.

Steve McQueen is married to Bianca Stigter, a Dutch cultural critic. They have two children together and live part time in their home in Amsterdam.