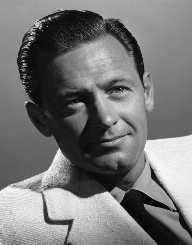 William Holden is a famous American actor, and one of the most common box office figures in the 1950’s up until 1970’s. Just like many at his age, he served in the military for World War II. One of his most memorable roles is `Stalag 17,’ and by his performances, he won a Best Actor Academy award.

More so, William was named one of `Top 10 stars of the year’ six times and was in 25 `Greatest male stars in Hollywood.’ Due to his performances and appeal, William was nicknamed `The golden boy’ and was consequently referred to as Golden Holden.

William Franklin Beedle Jr. or William Holden was born on April 17, 1918, in O’Fallon, Illinois. His parents were William Franklin Beedle and Mary Blanche, who worked as an industrial chemist and a school teacher respectively. William had two siblings, namely Robert Westfield Beedle and Richard P Beedle. Robert worked as a US Navy pilot and lost his life during the World War II. The family is believed to have had English ancestry, originating from England.

William Holden was brought up in South Pasadena after his family moved there when he was about three. He attended South Pasadena High school and Pasadena Junior college. During his time at the college, he participated in Radio plays.

His first Movie role was in 1939 in `Golden boy.’ In the film, William Holden co-starred with Barbara Stanwyck, who became a personal friend and helped him come up in his acting career. Next, Holden featured in a Warner Bros gangster epic movie called `Invincible stripes,’ and was also given a role in film `Our town.’ At the time, William had contracts with Paramount Pictures and Columbia records.

Holden featured in several film roles briefly but was soon called up to serve in the army for World War II. His major career breakthrough came by in the year 1950. He was given a role in film `Sunset Boulevard,’ and due to his performances, he got nominated best actor by the Oscar’s. At this time, he won the hearts and admiration of many who heaped praise his way.

William Holden was quite the good-looking guy and this earned roles that involved these good looks and a cynical detachment. Some of them were his role in; Stalag, Executive suite and the country girl. Due to his incredible performances in `Stalag,’ he was awarded the Academy Award for best actor. Also, he featured in a couple of roles in light comedy, for example, in `The Moon is Blue’ and in `Born Yesterday.’

In 1954, Holden was the cover of Life Magazine. The following year, he made a cameo appearance on a film `I Love Lucy.’ However, in 1957, his role in movie `Bridge on the River Kwai’ proved essential to his career, as a movie was successful and boost him big time. Despite this, he had roles in preceding movies that were not that successful and did not enjoy such commercial success. Holden also had enormous drinking habits that hindered his career success at this time.

After being entirely dormant for a while, William Holden starred in the film `The Wild Bunch in 1969. It marked his come back and won much acclaim and reviews. Holden also landed some television roles for example in `The blue knight’ and in 1974, he won a Primetime Emmy Award for his performances in the film.

In 1973, William Holden co-starred Kay Lenz in film `Breezy.’ However, the film was not a success and was considered a flop in the box office category. He also featured in disaster film `The towering inferno,’ which was a major box office hit and proved crucial to his career achievements. In 1976, his amazing performance continued in his role in film `Network’ and was nominated for Oscar’s awards. Some of his final roles were in films `Irwin Allen’, when time ran out’ and that championship season.

William Holden had a home in Switzerland. Apart from his acting career, he had an excellent social life and was loved by many. He was friends with Ronald Reagan and was there for him at his wedding as his best man.

He had alcoholism problems that spread at in most of his adult life. In 1996, Holden was caught drunk driving which led to an accident that caused life loss to another driver. Due to this, he was charged with vehicular manslaughter and received a suspension for eight months.

William Holden got married to Ardis Ankerson, who was an actress in 1941. They had two sons together, named Peter Westfield and Scott Porter Holden. More so, he had a daughter named Virginia, who was Anderson's daughter from her first marriage. However, the two got divorced in 1971. Holden also had an affair with Audrey Hepburn and actress Capucine. More so, he had a nine-year relationship with Stefanie Powers.

William Holden died on November 12, 1981. He fell off in his apartment in Santi Monica, California. It was later discovered that the fall was partly due to intoxications.

William Holden liked wildlife and tourism activities and partnered with Wildlife conservation, his role being a managing partner regarding animal preservation in Africa. He toured Africa especially Kenya and went to Mount Kenya Safari Club. He expressed great care and concern for the wildlife, being bothered by species that were becoming extinct. William Holden foundation was later set up at Holden’s Game ranch in Mount Kenya.

William Holden won the Best Actor award by academy awards in 1953. He was honored with `Hollywood walk of fame star.’