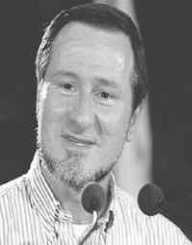 Both of Douglas D. Osheroff parents worked in the medical field, and from a young age, he liked to play games and pretend that he was a doctor or scientist. After graduating from high school, Osheroff enrolled in the California Institute of Technology. He earned his bachelor’s degree from his school in 1967. Afterward, he attended Cornell University to study as a graduate student. While there, he also worked on researching. One of the most important things he discovered while at the school was that helium-3 (3He) acted differently when it was very cold, which opened up ideas that other elements might act differently than expected at low temperatures as well. Douglas D. Osheroff finished school in 1973 when he earned his Ph.D. He would continue his research after college on the same subject.

After graduating from college, he began to work at Bells Labs in 1973. Douglas D. Osheroff continued his research on 3He while at the lab. He focused on working in the Department of Solid State and Low-Temperature Research. His work mainly revolved around the fact that 3He was acting oddly at very low temperatures, near absolute zero (the temperature in which all movement in cells is supposed to stop). The material was extremely fluid at this temperature, even though it should have been slowing down.

At the time that this was being researched, it was already known that helium-4 (4He) was super fluid. 4He is the most common type of helium on Earth, so it had been researched thoroughly. 3He was rarer, and it was still unknown how it would react at low temperatures. Because of this, it was an amazing scientific breakthrough for Osheroff to discover that 3He acted in nearly the same way as 4He. Throughout the 1970’s Douglas D. Osheroff worked on researching this idea with several other scientists, including C.C. Grimes and Gerry Dolan. For most of the 1980’s, (1982-1987) Osheroff was leading the department and much of the research that went on within it.

In 1987, Douglas D. Osheroff began teaching in at Stanford University in the physics and applied physics departments. He also loved photography as a hobby and was allowed to teach some classes on it as well.

In 2003, Douglas D. Osheroff began working with NASA. He worked on the Columbia Accident Investigation Board. In early 2003, the spacecraft, Columbia, was destroyed when it tried to re-enter Earth’s atmosphere. It was part of Osheroff’s job to figure out why this happened and how to prevent the same type of destruction in future spacecraft.

For his work with 3He, Douglas D. Osheroff and his colleges were awarded several times over. Some of the most prestigious awards Osheroff earned are listed below.

Douglas D. Osheroff also serves on the board of advisors for the group, Scientists, and Engineers for America.

Douglas D. Osheroff married Phyllis Liu in 1970. The couple is still married to this day.