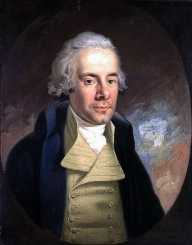 John Newton was born on July 24, 1725. He was a priest and a theologian. He received spiritual conversion while he was aboard a ship. He wrote the hymn ‘Amazing Grace’ which has had a great influence on English hymnology. He also served as an abolitionist. He was also the author of the hymn ‘Glorious Things of Thee are Spoken’.

John Newton was born on July 24, 1725, in London. He was born to John Newton Senior who was a shipmaster and Elizabeth who was an instrument maker. When he was six years old, his mother passed away. He later moved to Aveley where he lived with his father and his newly married wife. He attended boarding school for his early education. At the age of eleven, he began going out to sea with his father. In 1742, his father retired, but he had been on six voyages with him before that. He later started sailing with a merchant ship\.

In 1743, he was captured by the Royal Navy, and he was forced to become a midshipman aboard the HMS Harwich. John Newton tried to escape a couple of times, but every time he was captured and punished in front of a crew of three hundred and fifty members. He was humiliated by the punishment that he wanted to kill the captain. At times he thought of killing himself, but he never did the acts since he would get over the humiliation he faced. Newton was later shifted to the slave ship ‘Pesagus’ which set sail to South Africa. The ship carried slaves and goods to be sold in England. He created a lot of problems in the ship that he was left in South Africa. He was left to a slave dealer known as Amos Clowe who gave him as a slave to his wife who was called Princess Peye who was an African duchess. As a slave, he was tortured and abused just like other slaves who were left in the hands of the Duchess.

In 1748, he was rescued by a sea captain upon the request of his father. He boarded the ‘Greyhound’ which was a merchant shop that transported beeswax and dyer’s wood. Newton converted in a Christian abode the ship as he went through spiritual conversion. He spent most of his time reading religious texts and the bible. The ship reached Britain, and there he accepted the doctrines of evangelical Christianity. In 1750, he returned to England where he became a captain for the slave trading ships ‘African’ and ‘Duke of Argyle.’ Newton later stopped dealing in the slave trade. In 1755, he became a tax collector of the Port of Liverpool. By then people recognized him as an evangelical lay minister. In 1757, he made an application to the Church of England to be ordained as a priest, but his application was rejected. In 1764, he was appointed a priest in Olney in Buckinghamshire.

In 1779, Newton was appointed the Rector of St. Mary Woolnoth in London. He also wrote his autobiography titled ‘The Force of Truth.’ In 1788, he published the pamphlet titled ‘Thoughts Upon the Slave Trade’ which portrayed the harsh conditions that slaves passed through in slave ships. Newton later supported William Wilberforce who headed a campaign for the abolishment of slave trade. In 1807, the Slave Trade Act was enacted in order to stop slave trade. In 1779, he collaborated with William Cowper to write hymns which were made into the book ‘Olney Hymns.’ The book contained a series of hymns, and it was published in the same year.

In 1792, he was awarded the degree of Doctor of Divinity by the College of New Jersey. In 1982, he was inducted into the Gospel Music Hall of Fame.

In 1750, he married Mary Catlett. He adopted two of his nieces who were orphans, Elizabeth and Eliza Catlett. In 1793, Newton published the book ‘Letters to Wife’ after the death of his wife. He died on December 21, 1807, in London. He died at the age of eighty two. He authored hymns such as ‘Amazing Grace’ and ‘Glorious Things of Thee are Spoken.’