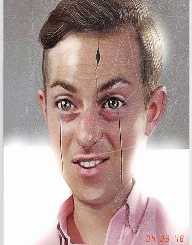 Ned Fulmer has moved around over the years – as well as Florida, he has lived in Chicago and Los Angeles. He also went to Yale University, which is situated in Connecticut.

In 2013, Ned Fulmer joined the team at BuzzFeed as an intern. Within one year, he had progressed to the position of manager. He not only created but also managed the BuzzFeed Video Fellowship Program. As part of the program, Fulmer coached and mentored 16 video producers. He has also hired and trained many video producers outside of the program.

Ned Fulmer is best known for his work as part of The Try Guys. His fellow members are Eugene Lee Yan, Zach Kornfeld, and Keith Habersberger.

They are a comedy quartet that writes, direct and films their own video series, for BuzzFeed Motion Pictures. The videos are shown on their channel on YouTube. Fulmer has become a social media sensation, with over two million followers between YouTube and Facebook.

The concept of the group is to act out different situations. It could be anything from going through the birthing process to fighting mixed martial artists, to dressing up in drag. People find them not only entertaining but educational as well. This is obvious from the huge following the group has. They cross different social and cultural boundaries, and this allows people to have insights into areas they may not normally be exposed to.

The group has started a new project called The Try Kids. The show is a similar concept to its adult counterpart. It is directed at a younger audience, not only to entertain kids but to inspire them as well.