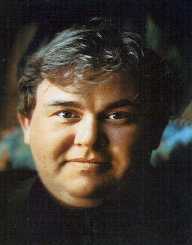 Canadian comedian and actor John Candy were born on the 31 October 1950 in Newmarket, Ontario, Canada to Sidney Candy and Evangeline Aker. He had one sibling, a brother Jim.

John Candy graduated from the Neil McNeil Catholic High School. Then in 1969, he began studying acting and journalism at the Centennial Community College, Toronto.

John Candy met Dan Aykroyd in the early 1970s who encouraged him to audition with the Second City comedy group consisting of Bill Murray, Gilda Radner, and John Belushi.

The comedy troupe was a good platform for Candy’s comedic talent and the gift of mimicry which provided a breakthrough in his career. Candy began his acting career taking small roles in various films and also worked in television.

His was in 1941, the Steven Spielberg film in 1979. Then in 1980, he was offered a role in The Blues Brothers, the success of which established him as an actor.