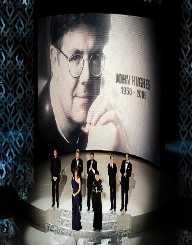 American film director, producer and screenwriter John Hughes, known for directing a series of teen films set in or around high school, was born on February 18, 1950, in Lansing, Michigan, United States of America. He spent his early childhood days in Grosse Pointe, Michigan and moved to Northbrook, Illinois, a suburb of Chicago at the age of 13 along with his family. He attended the Glenbrook North High School, Northbrook, Illinois, USA and graduated from the school in 1968. He developed a feeling of hatred against the rich while living on the fringes of a wealthy suburban neighborhood in Chicago.

John Hughes moved to Tucson and enrolled at the University of Arizona. However, he left before completing his graduation and returned to Chicago to work as an advertising copywriter at Needham, Harper & Steers. In 1974, he joined Leo Burnett Worldwide and created the "Credit Card Shaving Test" ad campaign. His creative instincts further flourished when he authored a story based on a family trip undertaken by him as a child. The story titled "Vacation '58” facilitated his entry onto the staff of the National Lampoon Magazine.

John Hughes started his film career as a screenwriter. He wrote his first credited screenplay for the film ‘Class Reunion’ (1982) while still working as the staff of the National Lampoon Magazine. His next screenplay for the film ‘National Lampoon’s Vacation’ (1983) was based on his story “Vacation '58". The film became a major hit. He soon found another success after writing the script of the film Mr. Mom and these successes prompted the Universal Studios to enter a three-film contract with him.

John Hughes made his directorial debut in 1984 with the first of his teen films depicting high school life in ‘Sixteen Candles.’ The film garnered universal accolades for its candid portrayal of upper middle class high school life. After the success of Sixteen Candles, Hughes went on to direct a series of films involving high school teenagers and their life in and around their school. ‘The Breakfast Club’ (1985), ‘Pretty in Pink’ (1986), ‘Weird Science’ (1985) and ‘Ferris Bueller's Day Off’ (1986) - all these were part of the string of films he made involving the teens in a significant way.

John Hughes was also credited with launching the film career of a bunch of several promising young actors and actresses through these films. The film career of the likes of Bill Paxton, Anthony Michael Hall, Macaulay Culkin, Molly Ringwald, Michael Keaton, Matthew Broderick and the Brat Pack gained momentum due to the repeated opportunity of appearing in different Hughes directed films.

After making the film ‘Some Kind of Wonderful,’ Hughes deviated from his pet genre of teen comedy and made a comedy film ‘Planes, Trains and Automobiles’ in 1987. With the two most well-established comedians like Steve Martin and John Candy starring in the film, the film proved to be a major success. Continuing with the flow, Hughes made ‘Uncle Buck,’ another comedy with John Candy in the lead. This film too received the blessings of the box office.

In 1990, John Hughes came up with the film ‘Home Alone’ and found the greatest commercial success so far in his film career through this film. The film was about a child accidentally left behind by his family, who went for a Christmas holiday and the story of the child’s self-protection as well as protection of the house from a pair of incompetent and clumsy thieves. The film topped the box office collection in 1990. He concluded his directorial tenure with his last film ‘Curly Sue’ in 1991 although he continued to produce and write screenplays during the whole of the 1990s.

John Hughes wrote the screenplays of three sequels of Home Alone that was, later on, made by the name of ‘Home Alone 2: Lost in New York’, ‘Home Alone 3’, and ‘Home Alone 4’ respectively. In 1994, he produced ‘Miracle on 34th Street’, a remake of the classic 1947 film of the same name. He also produced a film in 2001 titled ‘New Port South,’ a film written by his son James. He wrote a few screenplays using the pseudonym Edmond Dantes. Maid in Manhattan, Drillbit Taylor, and the Beethoven franchise are some of the films he wrote under the said pseudonym.

John Hughes married Nancy Ludwig in 1970, and the two were happily married for more than three decades until his death. They were blessed with two children.

On August 6, 2009, John Hughes suffered a heart attack while walking on West Street in Manhattan. He was rushed to the Roosevelt Hospital, where he was declared dead afterwards. After his funeral took place on August 11 in Chicago, his mortal remains were entombed at Lake Forest Cemetery in Illinois. He is survived by four grandchildren, three sisters and both his parents apart from his wife and two sons.

His net worth was estimated to be around $250 million at the time of his death.