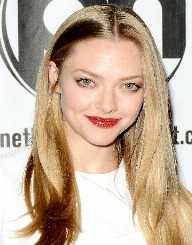 American model turned actress and singer-songwriter Amanda Michelle Seyfried was born on December 3, 1985, in Allentown, Pennsylvania, United States of America. Her father Jack Seyfried was a pharmacist by profession, and her mother, Ann alias Sander, was an occupational therapist.

Amanda has an older sister Jennifer Seyfried, who at present works as a musician in a Philadelphia-based rock band called Love City. She mostly belongs to German heritage with smaller proportions of -Welsh, English and Scots-Irish ancestry.

Following her graduation from William Allen High School in 2003, she enrolled at Fordham University, New York City, New York. She, however, did not continue her study upon accepting the offer of acting in the film ‘Mean Girls’ in 2003.

She embraced modeling and acting as a career option during her preteens. At the age of 11, she began modeling professionally and appeared in the printed advertisement of the apparel brand ‘Limited Too.’

The assignment was appearing on three covers of the Sweet Valley High novel series. She accepted an offer of a recurring role in a long-running soap opera called ‘As the World Turns’ when she was only 15 years old. She stopped modeling at the age of 17 and began working as a  waitress in a retirement community.

Focusing on her acting career, she studied opera, took voice lessons and engaged a Broadway coach to train her during her teenage years. After playing the character of Lucy Montgomery on the CBS soap opera ‘As the World Turns’ until its conclusion in 2001, she portrayed the role of Joni Stafford in the ABC soap opera ‘All My Children’, aired from 2002 to 2003.

The film was a commercial success with over $129 million earning in its theatrical screening. Amanda along with fellow actresses Lacey Chabert, Lindsay Lohan and Rachel McAdams was declared the recipient of MTV Movie Award in the category of ‘Best On-Screen Team’ for their individual as well as collective performances in the movie.

Amanda Seyfried next performance was in ‘Veronica Mars,’ a television series produced by the United Paramount Network (UPN), where she was cast as Lilly Kane, best friend of the title character Veronica. She was originally auditioned for the title character.

The director of the show noticed her brilliance in the very short and infrequent exposure her character was provided in the show and decided to give more screen space to her character in the future episodes. She participated in 10 episodes of the show from 2004 to 2005.

From 2004 to 2006, Amanda Seyfried acted in several television and film roles including ‘Nine Lives’ (2005), a nine-part film comprising nine short films with diverse themes and an ensemble cast, ‘

American Guns’ (2005) and ‘Alpha Dog’ (2006). She won the Best Actress Award in the 2005 Locarno International Film Festival for her performance in one part of the film ‘Nine Lives’ along with other actresses of the film.

She appeared in some television series’ as a guest actor during this period including ‘Law & Order,’ ‘American Dad!’, ‘Justice’, ‘House,’ ‘Special Victims Unit,’ ‘CSI: Crime Scene Investigation’ and ‘M.D’.

Amanda Seyfried soon reached a career-high as far as her acting was concerned after March 12, 2006, when the critically admired HBO drama television series ‘Big Love’ was premiered in the United States.

Her immaculate portrayal of Sarah Henrickson, struggling with her ethnocentrically-oriented family’s polygamist belief in the film catapulted her to international recognition and critical acclaim.

Following the success of Big Love, Amanda decided to concentrate more on her film career. After appearing in a supporting role in the 2008 horror drama film ‘Solstice’, she was cast in the lead role of a musical romantic comedy film ‘Mamma Mia!’ (2008).

The film was an adaptation of a 1999 musical of the same name. The film became a huge hit and reached the fifth position in the list of films released in 2008 as far as the box office collection criterion was concerned. It was also Amanda Seyfried first lead role. She recorded five songs for the film besides acting in it.

Her next prominent film was ‘Jennifer's Body’, a horror-comedy film with a supernatural overture. In the film, she portrayed the role of the best friend of the title character. The film was premiered at the 2009 Toronto International Film Festival with mixed reviews. She appeared in two more films in 2009, ‘Boogie Woogie’ and ‘Chloe’. In ‘Boogie Woogie’, she played one of the lead roles in the ensemble film while in ‘Chloe’, she performed the title role.

‘Boogie Woogie’ was premiered at the Edinburgh International Film Festival on June 26, 2009, before being commercially released on April 25, 2010.

Though these bunch of films attracted negative reviews, they were successful commercially. In 2012, she found a lifetime opportunity to be cast in a classic movie like ‘Les Misérables’, an adaptation of the novel of the same name written by legendary French poet and novelist Victor Hugo.

Her performance as Cosette in the film was praised effusively, and the film was nominated for an Academy Award for Best Picture. The box office collection of the film worldwide exceeded $440 million.

Amanda Seyfried finally tied the nuptial knot on March 12, 2017, to her ‘The Last Word’ co-star Thomas Sadoski after dating several of her co-stars and actors including her Mamma Mia! co-star Dominic