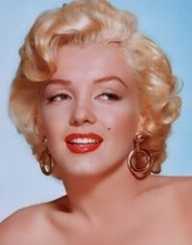 Strikingly beautiful and Hollywood’s one of the first sex symbols Marilyn Monroe was born as Norma Jeane Mortenson at the Los Angeles County Hospital on June 1, 1926. Marilyn was the third child of her mother Gladys Pearl Baker, but her father’s identity has remained a mystery all throughout her life. Her mother initially married John Newton Baker when she was just 15 years old. The couple had two children named Robert and Berniece who went to live with their father John after the couple divorced in 1921. Gladys got married to Martin Edward Mortenson in 1924, but they separated before Gladys became pregnant with Marilyn. They were officially divorced by 1928. She was unaware of having stepsiblings till the age of 12.

Marilyn Monroe had a difficult childhood. Gladys became mentally disabled and spent most of her time in mental asylums. She was unable to take care of her daughter Norma. Hence, Norma spent most of her childhood as an orphan or in foster homes. Norma was declared as a ward of the state and was mostly taken care of by her mother’s friend Grace McKee Goddard. During her stay at the different orphanages and foster homes, she faced sexual abuse. In her later life, Norma also admitted that she had been raped when she was 11 years old.

Marilyn Monroe attended several schools and dropped out of high school at the age of 15. Norma realized that the only way to escape the sexual abuse and torture at foster homes was to get married. Hence, at the young age of 16, she tied the knot with 21-year-old James ‘Jim’ Dougherty, a factory worker.

Soon after their marriage, in 1943, her husband James was selected for Merchant Marine, and within a year, he was deployed to the Pacific. As a result, Norma started living with her husband’s parents and took up a job at the Radioplane Munitions Factory to supplement her income. While working at the factory, Norma came in contact with photographer David Conover and agreed to let him photograph her. This was her very first attempts at modeling.

In the meanwhile, Dougherty returned from War. He and his family were against Norma’s ambitions of becoming a model and actress. However, Norma went against them and moved out of their house. By the end of 1945, she inked a deal with the Blue Book Model Agency. Dying her dark hair blonde, the ambitious girl started appearing in many magazine covers and advertisements.

In 1946, Norma's success as a model caught the eye of Ben Lyon who was holding the position of an executive at 20th Century Fox Film Corporation. Ben offered Norma a six-month contract and convinced her to take the stage name ‘Marilyn Monroe.’ During the first few months of her contract, she was not given any substantial work and spent her time watching others act and learning the nuances of acting. Her first role came in the year 1947 with the film ‘Dangerous Years’ where she got to play the part of a waitress. Over the next few years, Marilyn continued to appear in several small roles and did not taste much success.

Marilyn Monroe's small but crucial appearance in the 1950 film ‘The Asphalt Jungle’ was widely noticed. Marilyn created quite a stir when she posed for nude photographs to be used in calendars. Sympathy poured in for her from all corners of the world as she reasoned that she had to do such photo shoots as she was an amateur model struggling to make ends meet. As a result, she garnered immense popularity, and in the year 1952, she had her pockets full of film offers.

However, Marilyn Monroe's rise to stardom did not come before 1953. In 1953, she delivered the biggest box office hit of the year with the film ‘Niagara.’ In the film, she portrayed the character of a femme fatale planning to kill her husband. The look which is synonymous with Marilyn Monroe comprising of dark arched eyebrows, pale skin, red lips and a beauty mark was also established from this film. In the same year, her screen persona of a ‘dumb blonde’ was entrenched by another major hit film ‘Gentlemen Prefer Blondes.’ In this movie, she played the character of a gold-digging showgirl along with another actress called Jane Russell who was also considered a sex symbol at that time. She continued to appear in several movies after that, and most of the films showcased her as a blonde bombshell.

The 1955 film ‘The Seven Year Itch’ is best-known for Monroe’s iconic image where her white dress is blown up by breeze caused due to a passing train while she stands on top of a subway grate. The film was also a blockbuster hit. She got bored of playing the blonde bombshell roles in comedies and tried playing a character of a different shade in the 1956 dramatic film ‘Bus Stop.’ Her performance in the film was well received. In 1959, her portrayal of a singer and ukulele player named Sugar ‘Kane’ Kowalczyk in the film ‘Some Like it Hot’ received critical acclaim as well as box office success. She won a Golden Globe Award for ‘Best Actress in a Comedy’ for this film. In 1962, she also won the prestigious ‘World Film Favorite’ Golden Globe award.

Marilyn Monroe's final two films were ‘Let's Make Love’ (1960) and ‘The Misfits’ (1961). But by this time, both her personal and professional lives were in troubled waters, and her last films failed miserably. Throughout her short-lived career, the hourglass-figured Monroe had to face troubles due to her insecurities and her tardiness.

Marilyn Monroe had a string of unsuccessful marriages. Her first marriage to Jim Dougherty ended in divorce in the year 1946. In 1954, she fled to marry baseball legend Joe DiMaggio but the marriage lasted for only nine months. She was then married to playwright Arthur Miller for five years from 1956 to 1961. She also had many affairs with world-renowned personalities like President John F. Kennedy, Robert Kennedy, Marlon Brando, Frank Sinatra, Yves Montand, etc.

Throughout her life, Marilyn Monroe suffered from mental problems and endometriosis. She had many miscarriages as well. Her addiction to drugs and alcohol was the reason behind her tragic end. Marilyn was found dead at her home on 5th August 1962. As per her psychiatrist Dr. Ralph Greenson, she had committed suicide by taking a drug overdose. The 36-year-old actress was buried in a ‘Cadillac Casket’ wearing her favorite Emilio Pucci dress.