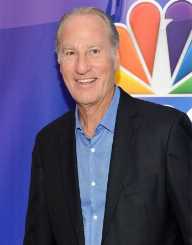 Craig Theodore Nelson is an American actor known for his role in the TV series Coach 1989–1997. Born on April 4, 1944, he won Primetime Emmy Award for Outstanding Lead Actor in a Comedy Series for the role in Coach. Nelson has appeared in several films and television production. In 2012, he won the Prism award, Male Performance in a Drama Series Multi-Episode Storyline for the role in Parenthood. Nelson appeared as Deputy Ward Wilson in Stir Crazy, 1980, and Steven Freeling in Poltergeist in 1982. He also appeared in My Name is Earl, Mr. Incredible, and The Incredibles.

Craig Theodore Nelson was born on April 4, 1944, in Spokane, Washington in the United States. His mother Vera Margaret was a dancer and father Armand Gilbert Nelson a businessman. Nelson was a talented athlete and played several sports. He received education at Lewis and Clark High School. While there, he played basketball, baseball, and football. Following his graduation, he enrolled at Central Washington University. After an unsuccessful stint there, he joined the Yakima Valley College. It was during this period that his drama teacher, Mr. Brady, encouraged him to study acting. Nelson later earned a scholarship to enroll at the University of Arizona to study drama. However, he dropped out to pursue a career in acting in Hollywood.

Life in California was not initially rosy for Nelson. He had to work at a soap factory as a security guard. With time, he found a job as a comedy writer. Nelson later launched a career in comedy. He since joined The Groundlings comedy troupe. Subsequently, he joined the likes of Rudy De Luca, and Barry Levinson to form The Comedy Store.

After quitting comedy in 1973, Nelson made a comeback into the entertainment industry five years later as an actor. He made a film debut as Sgt O’Connor in the film The Return of Count Yorga in 1971. In 1979, he appeared in …And Justice for All and followed it with Stir Crazy in 1980. He followed it with roles in The Formula, Where the Buffalo Roam, and Man, Woman, and Child. Nelson played Winston in Silkwood, 1983, and as Nickerson in All the Rights Move. Later that year, he starred in director Sam Peckinpah’s film, The Osterman Weekend. Nelson has played numerous film roles including in Poltergeist, Ghosts of Mississippi, Blades of Glory, Book Club, and Incredibles 2.

Nelson gained fame with his role as Coach Hayden Fox in the television series Coach, which ran from 1989 to 1997. He earned several award nominations including Golden Globe Awards for the role. Nelson played Col. Raynor Sarnac in the 21 episodes of Call to Glory, which ran from 1984 to 1985. On his appearance on The Tonight Show with Johnny Carson on April 2, 1992, he talked about his love for racing and other industry related issues. Nelson featured in four episodes of My Name is Earl in 2007. From 2010 to 2015, he appeared as Ezekiel "Zeke" Braverman in Parenthood. He did the voice of Bob Parr in the computer-animated superhero film, The Incredibles. He would later appear in the sequel Incredibles 2. Other television roles include CSI: NY, Hawaii, Five-0, and Grace and Frankie.

During an interview with Glenn Beck, Nelson spoke about his initial struggles in life. He revealed that he was on welfare and collected food stamps. Nelson has married twice first to Robin McCarthy with whom he had three children. He then married freelance writer and formal actress Doria Cook-Nelson. She is also a karate instructor and a tai chi teacher. Nelson is a racer and motorsports enthusiast. In 1991, he participated in the Toyota Celebrity Long Beach Grand Prix. Along with John Christie, he formed the Screaming Eagles Racing in 1992.