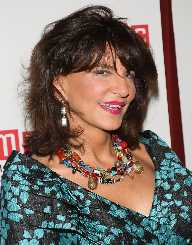 Her father, Vincent Ruehl worked as an FBI agent and was of Irish and German lineage. She also had a parentage of Irish and Cuban descent as her schoolteacher mother also hailed from such an ancestry.

Mercedes J. Ruehl frequently moved during her childhood along with her family due to her father’s service assignments. They later settled in Silver Spring, Maryland. She attended the College of New Rochelle and graduated from there with BA in English in 1969.

During her childhood years, she happened to perform in operas as a small little girl. She grew up with her brother Peter Ruehl. Peter later became a newspaper columnist. Upon her graduation, she took part in community theatre. Growing up, she eventually decided to pursue acting as a profession. She began her acting career on stage while doing odd jobs in between to support her.

CAREER AS A THEATRE ACTOR

After having learned acting with the legendary Uta Hagen, Mercedes J. Ruehl made her maiden entry in the world of theatre. She began her stage career with the Denver Center Theatre Company serving the interest of the regional theatre. Her performance came into prominence while playing a lead role in the 1984 Broadway play ‘I’m Not Rappaport.’

Mercedes J. Ruehl returned to act in both Broadway and Off-Broadway productions in 2009 after her stint with Hollywood. She performed in the Broadway production of Richard Greenberg's ‘The American Plan’ in 2009. Her portrayal of the role of Eva Adler in the play received huge critical acclaims. She has remained associated with different theatre productions. Till date, she is serving the industry with her stellar performances.

Mercedes J. Ruehl made her film debut in 1971 in the role of an American casino girl in a film titled ‘Dona Flor and Her Two Husbands.’ She played the role of a policewoman in an action thriller film called ‘The Warriors’. The film was released in 1979 and was based on the Central Park of the New York City.

In 1988, she landed a role in the comedy film ‘Married to the Mob.’ The portrayal of the character Connie Russo won her the Best Supporting Actress Award. The award was given by the National Society of Film Critics Award.

Mercedes J. Ruehl appeared in several movies since her debut in 1976. Two of her films during the early 90s came into prominence for her sheer quality of acting. She played the role of Dr. Liz Baylor in the 1990 film ‘Crazy People,’ which stole the attention of the viewers. In the very next year, she appeared as ‘Anne Napolitano’ in Terry Gilliam's magnum opus film ‘The Fisher King’ (1991). Her performance as an emotionally charged girlfriend of a disgraced radio personality won her an Academy Award for Best Supporting Actress. She also won a Golden Globe Award for her commendable performance in the film besides a host of other awards.

The outpouring of effusive accolades from the film critics continued for some time including some excellent comments from the Los Angeles Times. Besides ‘The Fisher King,’ ‘Lost in Yonkers’ (1993) and ‘Roseanna's Grave’ (1997) are two of her other most notable film appearances. Her 1988 film ‘Big’ is also featured among one of her best films.

Besides theatre and films, Mercedes J. Ruehl also worked with the medium of television. She had some notable appearances to her credit with it. ‘Our Family Honor’ (1985), ‘The Cosby Show’ (1990), ‘Mom at Sixteen’ (2006) and ‘A Girl Like Me: The Gwen Araujo Story’ (2007) are rated among her best works in television.

Mercedes J. Ruehl married painter and artist David Geiser during the 1970s. She has one adopted and one biological son. In 1976, she gave her biological son Christopher to a family for adoption. Her son reunited with her during the late 1990s after turning 21. Jake is the name of her adopted son. Presently, she lives with her family in East Hampton, Long Island, New York.