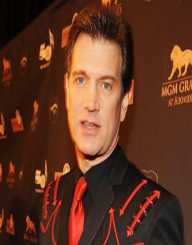 Chris Isaak was born on June 26, 1956, in Stockton, California, USA. His parents are Dorothy and Joseph Isaak.

It was around his high school years that Chris Isaak began learning how to play the guitar. He did this more as a hobby than anything else. It was not until college when he is attending the University of the Pacific that he began considering making a career out of music. He later graduated from this college with a bachelor’s degree in English in 1980.

Once finished with his college studies, Chris Isaak tried to make a name for himself in the music world. He began playing solo, but he soon formed a band called Silvertone. It wasn’t long before his band had a recording contract with Warner Bros. Records. The band released their first album, Silvertone, with this record company in 1985. The album was a hit and only encouraged Isaak to continue making music.

After the release of his first album with Silvertone, Chris Isaak went on to create his first solo album: Chris Isaak, which came out in 1987. The album was successful in the united states, but it was even more popular overseas. Two years later, he produced another album called Heart Shaped World. This album included Isaak’s number one hit of all time: Wicked Game. This song was a hit when it first came out, and since its release, it has been covered by several professional bands, including Daughtry, Three Days Grace, and HIM. Needless to say, this song greatly boosted Isaak’s career.

In the 1990’s, Chris Isaak continued to be popular with fans around the world. During this decade, he completed several albums, including San Francisco Days, Forever Blue, Baja Sessions, and Speak of the Devil.

The 2000’s were a less productive time for Chris Isaak, at least musically. He still managed to produce a couple of albums. His albums from this decade include Always Got Tonight, Christmas, Mr. Lucky, and Beyond the Sun. His most recent album, released in 2015, is called First Comes the Night.

During the 1980’s and 1990’s, Chris Isaak dabbled in acting. He mostly took on small roles in films like Little Buddha and showed like Friends. However, in the 2000’s, his acting career had a book, as he got his television series, The Chris Isaak Show, in 2001. He worked on this show until 2004.

After his stint on his own television show, Chris Isaak went back to performing on other television shows, having bit parts in movies, and lending his voice talents to animated characters. Some of the animated shows he lent his voice to were American Dad!, The Cleveland Show, Adventure Time, and Sheriff Callie’s Wild West. Some of the other shows and films he has made from 2004 to today are listed below.

A Dirty Shame
The Informers
Hot in Cleveland
Twin Peaks: The Missing Pieces
Chris Isaak continues to act in small roles as of 2017.

All of Issak’s awards are due to his music career. Some of his most impressive awards are listed below.