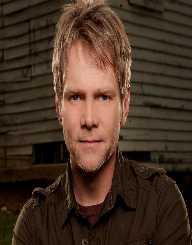 Steven Curtis Chapman is a gospel artist, songwriter, author, actor, record producer and a social activist from America. He was born on November 21, 1962. Steven has been identified as one of the most established singers in the contemporary Christian music genre. Steven started his career as a songwriter in the late 1980's.

Steven has released over twenty albums that have enabled him to win five Grammy Awards as well as fifty-eight Gospel Music Association Dove Awards which is a record number of awards for a single artist. Steven also advocates for adoption and together with his wife, they have started "Show Hope," a charity organization aimed at showing love to orphans.

Steven Curtis Chapman was born in Paducah, Kentucky to Judy and Herb Chapman. His father was a teacher of guitar in Paducah. The music environment made Steven interact with guitar and other musical instruments at an early age. This exposure made him develop an interest in playing the guitar and singing. They grew up together with Herb Junior in Paducah.

Steven Curtis Chapman enrolled at a high school. After finishing high school, he joined the Georgetown College as a pre-med. His stay here was short-lived as he later transferred to Anderson College in Indiana. The studies became boring, and he did not enjoy the stay at the college. As a result, he dropped out of school and went to Nashville to pursue his career in music.

In Nashville, Steven joined Belmont University but stayed in the University for a short time. He started working on his music show at Opryland USA and wrote songs at the same time.

In 1987, Steven Curtis Chapman released his debut album "First Hand." The album did very well and hit instantly. It had singles like "Weak Days" and appeared in position two on the Contemporary Christian Music chart. The album was a blend of country music and soft rock and pop.

In 1988, he released his album "Real Life Conversations." The album had hit single "His Eyes" which won the "Contemporary Recorded Song of the Year" award from the Gospel Music Association.

In 1992, Steven Curtis Chapman switched to mainstream music and recorded an album "The Great Adventure." The song was his career breakthrough. It received massive support and won him two Grammy Awards.

Chapman visited more than seventy cities between 1994 and 2001. The success of his albums including "Heaven in the Real World," "Speechless," "Signs of Life" and "Declaration" saw him get significantly high commercial success.

In 2003, Chapman released "All About Love," and it hit instantly. It ranked top 15 in the Gospel Music Charts. He humbly acknowledged his wife's contribution to the success of the song which was recorded by Sparrow Records.

In 2004, Steven Curtis Chapman released "All Things New." As what had become normal, the song did very well in the market. It helped him win another Grammy Award in the category of the Best Pop/Contemporary Gospel Album.

Steven Chapman released "All I Really Want for Christmas" in 2005. This was a successful Christmas album compared to his earlier album "The Music of Christmas." It contained traditional yet popular Christmas songs.

In 2006, Chapman went to South Korea and sang to the U.S troops that were serving there. This took his music to a whole new level of success. It became the first song of Christian genre to perform in the American Army in the country.

Chapman released another album "This Moment" which had hit singles such as "Cinderella" which was selected for WOW Hits 2009. They went together with his sons for Winter Jam Tour.

In 2009, Chapman produced his seventeenth album "Beauty will Rise" inspired by her daughter's untimely death.

Chapman left Sparrows Records, a company whose royalty cannot be questioned, and signed in with Sony's Provident Label Group which produced his Christmas album named "Joy."

Chapman continued with his career releasing another album called "The Glorious Unfolding" in 2013. Reunion Records did the album, and the best it did was position twenty-seven on the Billboard 200. It was also ranked number one Top Christian Records.

In 1992, Steven Curtis Chapman produced "The Great Adventure" which turned out to be his greatest turning point. He targeted the mainstream audience and gave him a significant commercial success. He has produced a lot of albums that have helped him win more than sixty awards.

Steven Curtis Chapman has a record of winning the most Awards in his music career. He won the Grammy Awards five times. The albums that pushed him to the win include;

He won fifty-six Dove Awards by the Gospel Music Association.

Steven Curtis Chapman is a committed Christian. He married Mary Beth Chapman. The couple met at Anderson University in Indiana. They got married in 1984. Mary Beth has been suffering from clinical depression since 1991 which she manages by various prescription drugs. The couple has three biological children (Emily, Caleb, and Will) and three adopted children (Shaohannah Hope, Stevey Joy, and Maria Sue). They adopted the three daughters from China.

The couple has written three children's books revolving around the theme of adoption to celebrate the blessing of childhood and to show love and care. Chapman has also authored two inspiration books for adults. This was done in conjunction with a minister, Scotty Smith

Chapman's family loves music. Steven Curtis Chapman recorded a song together with his sons. The sons are also in a band called Colony House. On November 10, 2011, the couples were blessed and became grandparents when Emily gave birth to a baby girl, Eiley Eliza Richards. Emily got married in Ireland to Tanner Richard.