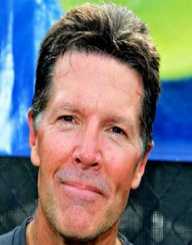 Stone Stockton Philips is an American television reporter. Born on December 2, 1954, he is the former co-anchor of the newsmagazine TV show, Dateline NBC. Philips during his stay with NBC also served as a substitute anchor for NBC Nightly News and Today. He was also a substitute moderator of Meet the Press. Before joining NBC, Philips worked as a correspondent for ABC News’s 20/20 and World News Tonight.

Stone Stockton Philips was born on December 2, 1954, in Texas City to Grace and Victor Philips. His father is a World War II veteran and worked as a Monsanto chemical engineer, and his mother was a schoolteacher. He has two siblings, Victor III, and Minta. Raised in the Claymont section of Ballwin, Missouri, Greater St. Louis area, Philips was an acolyte at St. Martin's Episcopal Church in Ellisville, Missouri in his early years. His parents were founding members of the church.

Stone Philips received education at Parkway West High School in Ballwin, Missouri. He was a brilliant student and aside from that was involved in sporting activities. He played as a quarterback in the school’s football team. After graduating, he enrolled at Yale University, where he continued to involve in sporting activities while excelling academically.

He was part of the Yale Bulldogs team that won the Ivy League football championship in 1976. He was also a member of Yale’s Scroll and Key secret society. With his excellent academic performance and athletic leadership, Philips won the university’s G. Gordon Brown Award. He graduated with honours in 1977 with a bachelor’s degree in philosophy.

After his university education, Stone Philips moved to Atlanta, Georgia, to work at Fulton County Juvenile Detention Centre as a remedial reading and math teacher. To supplement his pay, he worked as a waiter before NBC local affiliate WXIA-TV hired him as an entry-level new reporter and writer. In 1980, ABC News hired him as an assignment editor for its Washington DC news bureau. Two years later, he began filing stories as an on-air correspondent.

During this period he covered events like the war in Lebanon, the mid-1980s exodus of Vietnamese boat people and the electoral campaign of Rajiv Gandhi after the assassination of his mother, Indira Gandhi. In 1986, he earned a regular role on the ABC newsmagazine 20/20 and served as a substitute host on Good Morning America. He was also a sports anchor for ABC’s World News Sunday.

Stone Philips parted ways with ABC in 1992 after 12 years of services by joining NBC News as a co-anchor on Dateline NBC alongside Jane Pauley.  He served in that position until July 2, 2007, when his contract ended. He also hosted NBC’s Weekend Magazine with Stone Philips.

Stone Philips was a guest on the first episode of The Colbert Report on October 17, 2005, and appeared on the final episode of the show on December 18, 2014. He has been contributing reports to the PBS NewsHour since 2012. He hosted and produced Moving with Grace, in May 2013, which narrates his efforts and that of his siblings in catering for their aged parents. It was aired on PBS stations.

Stone Philips is married to Puerto Rican, Debra Del Toro-Philips. They have a son Streeter Philips. The couple lives in New York.