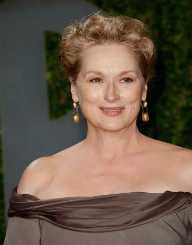 Meryl Streep was born on June 22, 1949, in Summit, New Jersey, USA. Her parents are Mary Wolf and Harry Streep Jr. Her siblings are Harry Streep III and Dana David.

As a teenager, Meryl Streep attended Bernards High School. After graduating from this school, she went on to attend Vassar College. She later graduated from this school with a bachelor’s degree in drama. It was while at college that she acted in some of her first serious plays.

Meryl Streep then went on to attend the Yale School of Drama. Also around this time, she spent some time as an exchange student at Dartmouth College. She later graduated from Yale with an MFA degree in Drama. While at Yale, she continued to act in plays, which she would continue to do even after graduating.

After college, Streep went on to perform in plays all around New Jersey and New York. During this time, she performed in many Shakespearean plays. It was in the mid-1970’s that Streep began performing on Broadway. She performed in many famous plays, including The Cherry Orchard and A Memory of Two Mondays. Some of the plays she was in, like Happy End, were also musicals.

Meryl Streep got her minor film role in 1977 when she played the character of Sharon Miller in The Deadliest Season; a made for television movie. Later in the same year, she acted in another film, Julia. Throughout the rest of the 1970’s, she continued to act in movies and television shows. She had a major role in the TV miniseries, Holocaust, in which she played a German woman who was married to a Jewish man. She also performed in The Deer Hunter, Manhattan, The Seduction of Joe Tynan, and Kramer vs. Kramer. It was also during this decade that she was nominated for her first major film award.

Streep had already made a name for herself in the 1970’s, and she continued to be in several films in the 1980’s. During this decade, she mostly took on film roles. She had larger parts in these movies than she had in the decade before. Some of the films she was in during this decade include Sophie’s Choice, Silkwood, Out of Africa, Ironweed, A Cry in the Dark, and She-Devil.

The 1990’s continued to be a productive time for Streep. Meryl Streep continued to act in formal films for the most part, but she also took on roles in made for TV films (...First Do No Harm) and voice acting roles for television shows (The Simpsons and King of the Hill). Some of the films she was in during this time include The House of Spirits, The River Wild, Before and After, One True Thing, and Dancing at Lughnasa.

During the first decade of the 2000’s, Streep continued to act in films, but she also took on roles in television mini-series (Freedom: A History of US and Angels in America). She also had several voices acting roles in several films: The Ant Bully and Fantastic Mr. Fox. Some of the other films she appeared in during this decade include The Hours, A Series of Unfortunate Events, The Devil Wears Prada, Dark Matter, Lions for Lambs, Mamma Mia!, and It’s Complicated.

In the 2010’s, Meryl Streep continues to act in television shows and films. Some of the most recent films and television shows she has acted in include Web Therapy, The Iron Lady, August: Osage County, The Giver, Into the Woods, Suffragette, and Florence Foster Jenkins. In many of these films, Streep still has leading roles, showing that she is not letting her age slow her down. As of 2017,

Meryl Streep is still acting and working on several films (The Post, Mamma Mia! Here We Go Again, and Mary Poppins Returns) which are expected to come out shortly.

Oscar for Best Actress in a Leading Role (Sophie’s Choice)

Oscar for Best Actress in a Supporting Role (Kramer vs. Kramer)

Golden Globe for Best Performance by an Actress in a Supporting Role in a Motion Picture (Adaptation.)

She was awarded the National Medal of Arts in 2010 by President Obama.

She was inducted into the Hollywood Hall of Fame in 1998.

She was inducted into the New Jersey Hall of Fame in 2008.

Meryl Streep was elected to the American Academy of Arts and Letters in 2010.