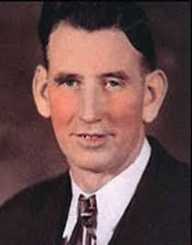 A.P. Carter was born on December 15th, 1891. He was a celebrated American musician particularly for being the pioneer of The Carter Family.

Alvin Pleasant Carter alias A.P. Carter was born on December 15th, in 1891. He was the first born son of Mollie Bays and Robert C. Carter. His place of birth was in Maces Springs, Virginia. Professionally, Carter was born to a family of farmers.

During his tender years, Carter faced several health issues arising from the fact that his mother was almost struck by lightning when she was pregnant with him. Consequently, he had physical tremors that significantly affected him.

Right from a young age, A.P. Carter developed a particular interest in music. First, he began singing in church, and he continued to hone his violinist skills. Later, during his teen years, he partnered with his uncle called Flanders Bays.

Growing up, Carter had the mentality that he would take up a similar career to his parents as they were farmers. Accordingly, he saved up money that he would later use to purchase a piece of land. Unfortunately, during his stint at the railroads, he contracted typhoid. This influenced him to quit. Carter took a train back home. On his journey, he jotted his debut single “Clinch Mountain Home.”

After feeling better, he went back to Bayes, his uncle and helped him in his greenery store. During this period, Carter entertained his clients as a way of thanking them for their hospitality. Surprisingly, during his trips, he crossed paths with Sara Doughtery, a 16-year-old girl. The two fell head over heels in love for each other.

The following year in June 1915, Carter wedded Sara. They were blessed with three children in their marriage.

Together, A.P. Carter and Sara took advantage of their singing talents to represent their local church in many singing competitions throughout the mid-Atlantic. They thrived together.

A.P. Carter's big break came in 1972. This is after Carter, alongside other family members recorded six songs with Ralph Peer, a renowned talent scout. Some of the songs released include “Wandering Boy,” “The Storms Are on the Ocean,” and “Poor Orphan Child.”