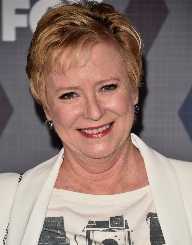 Eve Plumb was born on April 29, 1958. She is an American actress, singer, and painter. She is known for her role in the sitcom ‘The Brady Bunch.’

Eve Aline Plumb was born on April 29, 1958, in California, United States of America. She was born to Flora Plumb who was a dancer and Neely Plumb who was an RCA music producer. She was brought up alongside three siblings, Flora, Benjamin and Catherine.

Eve Plumb began her career at the age of six years. In 1966, she started her career in Television Commercials. In 1967, she appeared on ‘The Virginian’, ‘Lassie’ and ‘The Big Valley’. The following year she appeared in the films ‘Family Affair’ and ‘It Takes a Thief’. In 1969, she starred in an episode of ‘Gunsmoke’. In the same year she got a role in the ABC Sitcom ‘The Brady Bunch’. She starred in the sitcom until 1974. She also lent her voice as Jan in the cartoon ‘The Brady Kids’ from 1972 to 1973. In 1974, ‘The Brady Bunch’ was cancelled. In the same year, she provided a monologue for the Pat Williams Orchestra’s recording of ‘California Love Story’.

Eve Plumb appeared in many movies including ‘Telethon,’ ‘Secrets of Three Hungry Wives,’ ‘Yesterday Today’ and ‘The Forces of Evil’ among others. In 2008, she starred in the soap opera ‘Days of Our Lives’. In 2010, she starred in ‘Love, Loss and What I Wore’, and ‘Same Time, Next Year’. In 2013, he appeared in the play ‘Unbroken Circle’ by James Wesley. In 2013, she guest starred in ‘Law and Order:SVU’. In 2016, she appeared in ‘Grease Live’. In the same years she also sang a rendition of ‘What the World Needs Now’ along with other stars.

Eve Plumb loves painting as well. In 1995, she got married to Ken Pace, a business and technology consultant. The couple does not have children. They live in Laguna Beach in California. She is currently fifty nine years old.