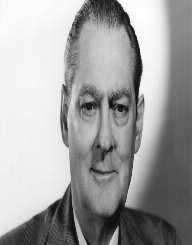 Lionel Barrymore was an American actor who is best known for his role as the villain in the Christmas movie. It’s a Wonderful Life.

Barrymore was born into an acting family on 28 April 1878 in Philadelphia. Both Barrymore’s parents were actors. Maurice Barrymore and Georgina Barrymore were both appeared in numerous stage and theatrical productions. Barrymore’s older relatives were also involved in the performing arts. Barrymore’s siblings, Ethel and John would also work in acting. Barrymore began working on stage at age six due to his parents’ involvement in the craft. His family lived in England for a short time during his childhood when his English father returned to collect his inheritance. Barrymore was educated in the Episcopal Academy of Philadelphia and Seton Hall Preparatory School

Lionel Barrymore had appeared on stage with his family from the age of six. At fifteen, Barrymore went on tour with his grandmother, Louisa Lane Drew. Barrymore and his brother John both wished to be artists but were eventually forced into the family business. Despite his dislike for acting early in his career, Barrymore found that he had a talent for it. By his early twenties Barrymore was appearing in Broadway productions, again alongside members of his family. In his early career, Barrymore worked extensively with the producer Charles Frohman.

In 1906, Barrymore left America and acting for Paris. In France he attempted to make a career as a painter but was unsuccessful. Barrymore returned to the U.S and to acting in 1909, but suffered a panic attack during production of The Fires of Fate. Barrymore recovered and once again made a name for himself on Broadway. Barrymore then sought to break into the infant film industry. He began working with Biograph Studios in New York in 1911. Barrymore appeared in a series of silent films between 1911 and 1917, a period he spent away from stage work, these include, The Battle, Three Friends and Wildfire.

Barrymore was also involved with directing silent films in this period. When Barrymore returned to stage acting he was met with mixed reviews. He received praise for much of the work he did alongside his siblings but his performance as Macbeth in 1921 received a poor reception. A series of negative reviews in 1925 saw Barrymore give up stage acting for good. With his retirement from stage acting Barrymore relocated to Hollywood from New York. Back in film, Barrymore collaborated with D.W.Griffith and the pair would make over sixty films together. Barrymore also appeared in a number of works for Metro Pictures, the forerunner to MGM. Barrymore’s work brought him to Europe as filming for The Eternal City took place in Italy and filming of Decameron Nights took place in Germany. 1926 saw Barrymore appear in his first sound film, The Lion and the Mouse.

Barrymore also directed a number of talking films, the most notable was The Rogue Song which was Laurel and Hardy’s first appearance in a colour film. In 1931, Barrymore won an Oscar for Best Actor for his performance in A Free Soul. Barrymore became rather typecast during the 1930s and 1940s as he played a disgruntled elderly man in a series of productions. Barrymore also performed in radio productions, taking the role of Ebenezer Scrooge seventeen times between 1934 and 1953.

Barrymore plays Mr Potter and starred alongside James Stewart. The film achieved little success upon its release but has become a modern-day Christmas classic. Barrymore’s last film role saw him perform alongside his sister Ethel in Main Street to Broadway in 1953. Barrymore also composed a number of musical score, some of which he incorporated into his film work. He published Mr Cantonwine: A Moral Tale, a historical novel in 1953.

Lionel Barrymore married his first wife, Doris Rankin, in 1904. They had two daughters together, but both died in infancy. Rankin traveled with Barrymore to Paris and appeared in some stage productions with him. The death of their daughters took a huge toll on their marriage and Barrymore, and Rankin divorced in 1923. Barrymore’s second wife, Irene Fenwick, was also an actress. Barrymore met Fenwick during work on the play, The Claw, in 1922. They also appeared together in the Last Clown, Laugh. His marriage to Fenwick caused a dispute between Barrymore and his brother John as Fenwick had previously been romantically involved with John. Barrymore and Fenwick’s marriage lasted from 1923 until Fenwick’s death from anorexia in 1936.

Lionel Barrymore began suffering noticeably from arthritis in 1928. Barrymore developed an addiction to morphine, which he took to cope with the pain of his condition. Early on Barrymore developed a limp due to arthritis but his condition worsened greatly when he broke his hip in 1936 and again in 1937. This confined him to a wheelchair during his first appearance as Doctor Gillespie. He retained the wheelchair as his arthritis worsened. It is suspected that Barrymore’s hip never healed correctly and it was this that confined him to a wheelchair. Following his two hip fractures, Barrymore used cocaine to help him with the pain. Barrymore died of a heart attack on 15 November 1954.