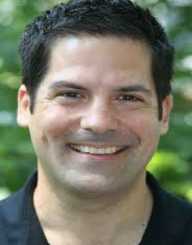 Matthew Labyorteaux was born on December 8th, 1966 in Los Angeles.  He was adopted as a baby by Ronald Labyorteaux and actress Frances Marshall. He could not walk until the age of 3 and never spoke until he was 5. He only threw tantrums, but his family gave him the much-needed support until he eventually became a successful actor.

Diagnosed with an autistic condition, his doctor ruled that he could never have a normal life. Labyorteaux surprised everyone when he landed an acting role in John Cassavetes piece, A Woman Under The Influence (1974). He later played a role as Albert Ingalls on Little House on the Prairie from 1978 to 1983.

At the age of seven, Matthew Labyorteaux first played his dramatic role as Peter Falk in A Woman Under The Influence. Besides this, he also featured in The Red Hand Gang television series and Whiz Kids (1983-1984).

In 1986, he landed his most significant role as an actor when he starred as Paul Conway on Wes Crave's Deadly Friend. He has appeared as a guest star on some shows including Here's Boomer, Highway to Heaven and The Love Boat among others.

Recently, he contributed for characterizations in video games and films including Everyone's Hero (2006) and Bride Wars (2009). He also worked as a voice-over actor in advertisements.