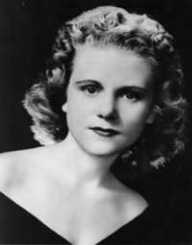 Viola Liuzzo was one of the few white American women who actively participated in the civil rights movement. Her passion for racial equality was paid by her life.

Born to a middle-class parentage from Pennsylvania, the little girl was named Viola Fauver. Her birthday is recorded as April 11, 1925. She was the firstborn in the family of two sisters. Her parents were Heber and Eva Gregg.

Like many American families, her family bore the brunt of the Great Depression. Due to the financial instability, her family left their home for better times in Chattanooga. The situation was not better either in their new home. Liuzzo had a difficult time staying in school. Viola's family constantly migrated from different towns. The movement gave her little chance in concentrating on her studies.

Liuzzo never completed a full education year in any school due to lack of funds. Still, her situation as a white person was better than most African Americans. She finally dropped out of school when her family settled in Michigan. She was barely 16. She eloped with a man but returned back after the marriage failed in 1941.

Her childhood in the southern states was full of racial injustices. Liuzzo grew up seeing the racial disparities between the whites and blacks. Whites were privileged over the blacks in the same communities.

As a dropout from school, she had little influence in the community. Liuzzo returned to school at Carnegie Institute in Michigan. After graduating with nursing certification in 1962, she enrolled for a degree program. Liuzzo got a job at Sinai Hospital. As a part-time worker, she enrolled at Wayne State University. Her stay at the college exposed her to the emotive debates on racial misrepresentation among other explosive debates.

Upon graduating, she joined the civil rights movement in Michigan. She was quickly embraced by on Sarah Evans. Evans was a prominent figure of the civil rights movement in Detroit. The death of a black youth in February 1965 brought up a protest march. The protesters were heavily beaten by the state police and vigilante white groups. The events of Black Sunday exposed the ugly face of Detroit’s segregation laws.

In response to the brutal beating of the protesters, another march was scheduled. This time, Liuzzo took part in the march. Again, another black person was brutally murdered. This time it was a black church minister. Liuzzo organized a march within the Wayne State University to protest the killing.

A third march to the state capital was planned. Liuzzo was at the center of the preparations for the march from Montgomery to Selma. March 21, 1965, was picked as the protest day. After five days of marching, the protesters reached their intended destination. The leader Dr. Martin Luther King Jr delivered his speech and the petition to the governor’s office.

With other persons, Liuzzo was part of the group to oversee the safe return of protesters to Selma. After several trips to bus terminals, she was accosted by a group of white men. They were so incensed by her being part of the protest march. After a car chase, they caught up with her. She was shot dead on March 25, 1965.

Her death sparked outrage in Michigan. This was the first time a white woman protester had been killed by the Ku Klux Klan. The suspects, four KKK members, were arrested and arraigned in court. They were later released and the legal case was thrown out.

Liuzzo first got married in 1945. She eloped with a man when she was 16. The marriage ended just a few days after. She then got married to her second husband George Argyris two years later. With him, they had two girls. They finally divorced and Liuzzo got married again. This time it was to her third husband Anthony Liuzzo in 1950. They had three children. Together they stayed with the two children from her former union and those with Anthony.

To honor her participation in the struggle, television series, and a film based on her life have been produced. A memorial park in Detroit has her name.

The Wayne State University honored her. In 2015, Liuzzo posthumously got her honorary degree, fifty years after her death