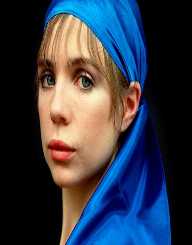 Gelsey Kirkland is one of the most elegant American ballerinas of the 20th century. She starred in many famous ballets like Firebird and Goldberg Variations. Kirkland also appeared in the TV movie of the two-act ballet The Nutcracker.

Gelsey Kirkland was born on December 29, 1952, in Bethlehem. At a tender age of fifteen, Kirkland joined the New York City Ballet in 1968. She was noticed by its co-founder and artistic director, George Balanchine. She made a fast transition to a soloist just one year later and became the principal dancer in 1972. Balanchine specially choreographed Stravinsky’s Firebird just for her.

But Gelsey Kirkland left Balanchine’s New York to join American Ballet Theatre in 1974. There she met Mikhail Baryshnikov, regarded as one of the greatest male ballet dancers of all time. Baryshnikov was also a part of New York City Ballet at one time. Kirkland had a torrid love affair with Baryshnikov during her time at the American Ballet Theatre. Their collaboration resulted in some brilliant dance performances, most notably Giselle, Sleeping Beauty, and Romeo and Juliet.

Gelsey Kirkland's psychological problems hampered her glorious career gravely, and she left the Theatre in 1984. She went to England with her then-husband Greg Lawrence to work with the Royal Ballet and danced Giselle and Romeo and Juliet with equal panache and grace as she had previously shown. But injuries and drug addiction eventually took on a toll on her. She returned to America in 1992 to teach dancing.

Kirkland chronicled her journey in her memoir titled Dancing on My Grave. The book exposed the darker side of ballet dancing as it recounted her battles with many issues like anorexia, plastic surgeries, bulimia, family problems, obsession with perfection and even cocaine addiction. Her multiple love affairs including one with Mikhail Baryshnikov was well documented.

In 1990, Kirkland published another autobiography titled The Shape of Love and in 1993 a children’s book named The Little Ballerina and Her Dancing Horse. Together with her second husband Michael Chernov, she started the Gelsey Kirkland Academy of Classical Ballet followed by the Gelsey Kirkland Ballet Company.

Gelsey Kirkland's older sister Johnna was also a ballet dancer who danced with the Los Angeles Ballet after getting fired from New York City Ballet for drug abuse. Kirkland married twice. Her first husband was Greg Lawrence whom she married in 1985. It ended in divorce. She tied the knot with actor and choreographer Michael Chernov in 1997.

She was described by Baryshnikov as “The best ballerina of her generation." Kirkland at her peak was on the TIME magazine cover in 1978. She won the Dance Magazine Award in 2006.