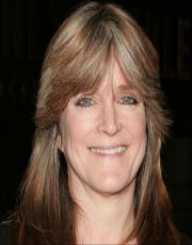 American actress Susan Saint James was born on the 14 August 1946 in Los Angeles, California to Charles Miller and Constance Geiger. She was brought up in Rockford, Illinois. Her father was a businessman and her mother an educationalist.

Susan Saint James was a pupil at the Woodlands Academy of the Sacred Heart, Lake Forest, Illinois as well as the Connecticut College for Women.

After deciding to pursue an acting career, Susan Saint James relocated to California. Her first television appearance was in the film Fame is the Name of the Game (1966). She was also in the television series when it launched in 1968. She appeared in various television shows including Where Angels Go, Trouble Follows (1968). She has then cast the series The Name of the Game (1968-1971) playing Peggy Maxwell, a research assistant.

Susan Saint James has received ten Emmy nominations. She won an Emmy for Best Supporting Actress in 1968 for her portrayal of Peggy Maxwell in The Name of the Games. She holds some honorary doctorates including from the University of Connecticut, Albert Magnus College and the University of New Haven. She was inducted into the Hollywood Walk of Fame on the 11 June 2008.

Susan Saint James first husband was Richard Neubert. The marriage was short-lived, and she later married Thomas Luchs (m.1971-div.1977). The couple had two children: a daughter Sunshine (b.1972) and a son, Harmony (b.1874).

In the early 1980s, she married Dick Ebersol, and the couple had three sons: Charles, William, and Edward. Ebersol and two of their sons, Charles and Edward, were onboard a private plane which crashed at Montrose Regional Airport, Colorado on the 28 November 2004.
Edward Ebersol, aged 14, died in the crash.

In the early 1980s, Susan Saint James became a member on the Board of the Connecticut Special Olympics.