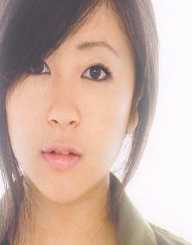 Born on January 19, 1983, Utada Hikaru is a talented Japanese singer and songwriter. He became famous with the release of her second album, First Love in 1999. The album, which became the all-time best-selling Japanese-language album, sold over eight million copies in Japan in the country. Before achieving this feat, Utada had under the stage name Cubic U, released the English-language album Precious the previous year but was unsuccessful.

Hikaru Utada album, Distance released in 2001 sold over 3 million copies in Japan in the first week and therefore held the record of being the highest first-week sales of an album in a single territory.

She has since released best-selling albums with high ratings in the chart. Utada is estimated to have sold over 52 million records worldwide, and that makes her one of the best-selling music artists in Japan. Utada has also contributed theme songs to Disney’s and Square Enix’s collaborative video game series Kingdom Heart with Simple and Clean and Sanctuary for Kingdom Hearts II.

Utada Hikaru was born on January 19, 1983, in Manhattan to Teruzane and Hunko. His father was a record producer and her mother an enka singer who performed with the stage name Keiko Fuji. Coming from a family with a strong music background, Utada was attracted to music and at the age often, started to write music and lyrics.

She did her songs under the name U3, and her recordings were done with her mother. Udata received education from Seisen International School in Tokyo and later moved to the American School in Japan.

Utada Hikaru worked with her mother on many projects before going solo with the release of “I’ll be Stronger” under the name Cubic U in 1996. She will use the name for her subsequent releases until she became famous in 1999. She followed it with her debut single, Close to You, a cover of The Carpenters’ song.

In 1998, Hikaru Utada released her debut English-language album Precious on January 28, 1998, in Japan and was re-released it on March 31, 1999. She then released the hit singles Movin On Without You and Automatic/Time Will Tell.

The latter single sold over two million copies. With the successful release of the singles, Utada then released her debut Japanese language album, First Love. The album was very successful selling over 7 million copies in Japan alone and about 3 million internationally making it 10 million copies sale. This made it the all-time highest selling album in Japan. She then went on a two-year hiatus and upon her return released the album Distance.

The album was an instant hit and within a week sold over 3 million copies. It had hit singles like Addicted to You, Wait for for&See, For You/Time Limit and Can You Keep Secret? Distance sold 4.469 million copies making it the best-selling album that year. Addicted to You, on the other hand, became the best-selling song with a million sale in the first week and enjoyed a week consecutive on the chart.

She then released the single, Final Distance, dedicated to female victims of Ikeda, Osaka murder case. Utada collaborated with American rapper Foxy Brown for the song tracks of the action films, Rush Hour 2 and Blow My Whistle in 2001. Before the release of her third album, she released the singles, Travelling, Hikari and Sakura Drops/Letter, all of which made it to the top of the charts.

After undergoing surgery for benign ovarian tumor, she released her third album, Deep River. This album was also very successful and made 3.60 million copies sale in the first week.

On March 31, 2004, Hikaru Utada released her debut singles compilation album Utada Hikaru Single Collection Vol. 1.  The album was very successful and became the best-selling album that year. With her subsequent successes with previous albums on the chart, she became the first only solo or group artist to make it number one four different times on the yearly chart. The album also became the first released by a female to achieve that feat in twenty-six year.

This success was followed by her Japanese single, "Dareka no Negai ga Kanau Koro," released on April 21, 2004. It topped the single chart for two consecutive weeks. Utada signed a recording contract with Island Def Jam Music Group later that year. This was followed with the release of her debut North American English-language album, Exodus, on October 5, 2004.

It was also successful in Japan And America. In an interview with MTV, she stated that: "I don't think it's the music that I'm concerned about. It's obvious that I look different and there aren't any completely Asian people [who are popular singers in the U.S.] right now."After the release of Exodus and its promotion, Utada returned to Japan in 2005 and released her fourth album Ultra Blue. The album made 500,317 copies sale in the first week, though less than previous ones, still made it to the top of the chart.

Before even releasing the album, she had dropped singles like Colours, Dareka no Negai ga Kanau Koro, Be My Last, Passion and This is Love. Her fifth album was Heart Station released on March 19, 2008.

Hikaru Utada returned to the United States in 2009 to release the English album, This Is the One on March 12, 2009, and her second compilation album, Utada Hikaru Single Collection Vol. 2 was released on November 24, 2010. Her Japan record label EMI Music Japan was absorbed by Universal Music Japan, and therefore all her releases fell under the new label from April 1, 2013, until she left to Sony Music Entertainment Japan. Her first album under the new label was the tribute album, Utada Hikaru no Uta on December 8, 2014.

Hikaru Utada has currently signed to Epic Records the sub-label of Sony Music Japan since February 9, 2017. Her first single under the label is Oozora de Danish mate, released worldwide digitally on July 10, 2017. This was followed by the second single, Always, to be released on July 28.

Hikaru Utada married photographer and film director Kazuaki Kiriya on September 7, 2002. Kiriya who was fifteen years Udata senior had directed many of her videos. The couple divorced after four and half years of marriage on March 2, 2007.

Their divorce was based on issues like different viewpoint on the future of their marriage, personal changes, and lack of communication due to the nature of their jobs. She later confirmed to be dating another person eight years her senior since September 2009.

The relationship ended in less than a year because both did not have the time to see each other coupled with her busy schedules. He is currently married to Francesco Calianno since May 23, 2014, and has a baby boy.