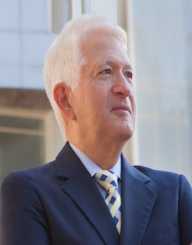 William Styron Jr. was a multi-award-winning American essayist and novelist. Born on June 11, 1925, he is best known with works like Lie Down in Darkness, 1925, The Confession of Nat Turner, 1967, which won a Pulitzer, and Sophie’s Choice in 1979. The latter was adapted into a film of the same name in 1982 and an opera in 2002. In 1990, he wrote the critically acclaimed memoir, Darkness Visible.

William Styron Jr. was born on June 11, 1925, in Hilton Village of Newport News, Virginia. He was born to Pauline Margaret (Abraham) and William Clark Styron. His father worked as a shipyard engineer and later suffered from clinical depression. When he was around 14 years in 1939, his mother died from breast cancer. He received education from Hilton School and then at Morrison High School (currently Warwick High School). William Styron became rebellious after the death of his mother, and to curtail that, his father enrolled him at Christchurch School, an Episcopal boys college in the Tidewater region of Virginia.

After graduating from Christchurch, William Styron enrolled in Davidson College, where he was a member of the Phi Delta Theta. As part of the U.S. Navy and Marine Corps V-12 program in 1943, he transferred to Duke University. The programme aimed at developing officer candidates by enrolling them in basic training and bachelor's degree programs concurrently. Inspired by William Faulkner, he published a debut fiction while at Duke. He also made several shot stories publications in the University’s literary magazine, The Archive, from 1944 and 1946. He graduated with a Bachelor of Arts in English in 1947.

William Styron attained the rank of lieutenant in the U.S. Marine Corps and deployed to Japan in 1946 for the World War, but the Japanese surrendered even before the ship left San Francisco. During the Korean War, he was recalled into the military, joining the Marine Corps. He developed an eye problem, hence, was discharged in 1952. His experience during his time at Camp Lejeune, in North Carolina, was turned into the novel, The Long March in 1953. It was later adapted into the episode The Long March of the American television series Playhouse 90, 1958.

After graduating from Duke University, William Styron worked as an editor with McGraw-Hill, in New York City. He was however fired that same year, and that ushered in the beginning of his professional literary career. In 1951, he published the novel, Lie Down in Darkness, which received critical acclaim and won a Rome Prize by the American Academy in Rome and the American Academy of Arts and Letters. He later travelled to Europe and his experience there led to the book, Set This on Fire in 1960. The novel was set on American intellectual expatriates on the Amalfi coast of Italy. Set This on Fire was successful commercially be received met mixed reviews in his home country.

In 1967, William Styron published the controversial novel, The Confession of Nat Turner. The book received intense criticism from black critics for Styron portraying Nat Turner as a racist. Amidst all the controversies, The Confession of Nat Turner was commercially successful and won a Pulitzer Prize for Fiction 1968 and William Dean Howells Medal in 1970. His next work was In the Clap Shack, 1973, followed by Sophie’s Choice in 1979. Sophie’s Choice was another controversial novel and was banned in many countries due to its profanity and explicit sexuality. It was censored in the Soviet Union, banned in some schools in the United States, banned in South African and in Poland for "its unflinching portrait of Polish anti-Semitism." The novel became a best seller and won the National Book Award, 1980. It was adapted into a film of the same name in 1982 and earned five nominations at the Academy Awards.

William Styron after the success of Sophie’s Choice he published Shadrach, that same year and then This Quiet Dust: and Other Writings. In 1990, he came out with the memoir, Darkness Visible, which chronicles his bouts of depression and what he describes as "despair beyond despair." It was aimed at increasing awareness of depressive disorder and suicide as well as to minimize stigmatization of the condition. His other works include A Tidewater Morning: Three Tales from Youth, 1993, Havanas in Camelot: Personal Essays, 2008, The Suicide Run: Fives Tales of the Marine Corps, 2009 and My Generation: Collected Nonfiction, 2015.

William Styron married Baltimore poet, Rose Burgunder in 1953. The couple had four children, three daughters, and a son. They are film director Susanna Styron, Paola, who is an acclaimed modern dancer and writer Alexandra Thomas Styron, a clinical psychology professor at Yale University. Styron died on November 1, 2006, at age 81 from pneumonia. He was interred at West Chop Cemetery in Vineyard, Haven, Duke County in Massachusetts.

William Styron has received several honours including Prix Mondial Cino Del Duca, 1985, and was made a Commander of the Legion of Honor, France in 1993. He also won the F. Scott Fitzgerald Award for Achievement in American Literature in 1996.