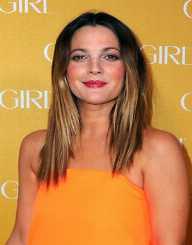 In 1978 Drew Blythe Barrymore’s career began. She is now presenting herself as the most envied actress, director, model, and producer. With all the affluence and tons of accolades under her name, Drew’s teenage life wasn’t completely fascinating. Her childhood life was marked by drug abuse where rehab became her second home. After several years of recuperation, Drew authored her memoir titled Little Girl Lost in 1991.Not to mention she is the loving granddaughter of a famous John Barrymore, an American actor. In fact, he ascends from a prominent and well-to-do family-the Barrymore family.

Drew Barrymore has currently known as a fervent actress all thanks to her profound movies such as The Wedding Singer, 50 First Dates, Charlie’s Angles and Music and Lyrics. In partnership with other producers, Drew established a production company called Flower Films. In 2007 she was listed as the most beautiful people in the people’s magazine. With her incredible soul, Drew acts as an ambassador for the UN World Food Program. Aside from his acting career, Barrymore is still known as a promising model. She currently serves as the face of the Gucci’s jewelry line. Let’s see what she has in store for us.

On 22nd, February 1975 a couple called Jaid Barrymore and John Drew Barrymore was blessed with a girl child in Culver City, California, U.S. She was none other than Drew Blyth Barrymore whose parents sufficed as thespians. Drew Barrymore talent is seen in another member of her families such as George Barrymore and Maurice, John Drew and John Barrymore. Drew spent her childhood life under Sophia Lauren and Stephen Spielberg.

At the age of nine, Drew’s parents parted ways. The impact negatively affected Drew. Nevertheless, she tried her best to follow her dreams. It was here that she decided to showcase her talent at Gainsburger commercial without success. But at two years of age, Drew appeared in a television film called Suddenly, Love. She followed it up with another movie called the Altered States.

At the beginning of 1982 Drew’s presence was felt when she played in the highest paid movie called The Extra-Terrestrial. After two years, she earned Golden Globe recognition for being the Best Supporting Actress.

At fourteen years of age, her career seemed to have come to an end when she was admitted to a local rehabilitation center. Fortunately, she gains the strength in between where she starred in films like Gun Crazy, Poison Ivy, and The Army Fisher Story among others.

In 1995 Drew Barrymore established a production house called Flower Films. It was also the same year that she played in a movie called Boys on the Side with an escort of Batman Forever. Both of the films received profound success. The following year Drew appeared in a film titled Scream that also starred Woody Allen.

For two years, Drew appeared in a rom-com series called Wishful Thinking, followed by Home Fries and Wedding Singer. In 1999 Drew’s company produced a comedy film called Never Been Kissed. This gave birth to another successful rom-com called Charlie’s Angles. The film welcomed her to the world of fame.

In 2002 Drew appeared in a biographical film called the Confessions of a Dangerous Mind. From there henceforth she earned her status as a talented actress.

From 2004 to 2010 Drew Barrymore has taken a role of an actress and producer. Some of her incredible movies include Fever Pitch, Music and Lyrics, Lucky You, Grey Gardens, Going the Distance, and much more.

Drew Barrymore earned the Young Artist Award for her 1982 film called the Extra-Terrestrial. She was also recognized as the youngest damsel to host a Saturday Night Live in 1982.Before welcoming the new millennium, Drew was acknowledged by the Young Artist Foundation. In 2010 she earned a Golden Award, followed by the Hollywood Walk of Fame recognition. In 2004 Drew was honored with a Hollywood walk of fame. She also garnered awards like Prime Time Emmy Awards, BAFTA Award, and American Comedy Awards.

In 1994 Drew Barrymore tied a nuptial knot with Jeremy Thomas, but the union ended after several weeks. She then married Tom Green, but they later called it quit after six months. According to sources, she dated Justin Long and Fabrizio Moretti. In 2012 Barrymore tied a nuptial knot with Will Kopelman. The couple has a child called Olive Barrymore Kopelman. In 2014 they were blessed with their second child named Frankie Kopelman.