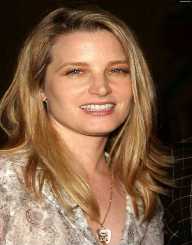 Bridget Jane Fonda was born on January 27, 1964, in Los Angeles, California. She was born into a family of actors. Fonda’s grandfather was Henry Fonda, a Broadway actor, and her father was Peter Fonda. She was also the niece of Jane Fonda. Fonda’s mother Susan was an artist.

When Bridget was a child, her parents divorced, and her father married Portia Rebecca Crockett. Fonda grew up together with her brother Justin and stepbrother Thomas McGuane Jr. She attended the Westlake School For Girls in Los Angeles.

Fonda came from a family of actors and became increasingly interested in the profession while she was at school. However, her first appearance on the screen was long before that. Fonda made her debut in the 1969 movie Easy Rider, where she portrayed a child in a hippie commune. Her first stage performance was in her school theatre production of Harvey. Fonda went to study at the New York University Tisch School of the Arts. As a part of the acting program, Fonda took classes at the Lee Strasberg Theatre Institute in method acting. She graduated from New York University in 1986.

Fonda’s first major role was in the 1988 film Scandal as the showgirl and model Mandy Rice-Davies. The same year, she also had minor roles in the movies Shag, and You Can’t Hurry Love. Fonda’s breakthrough role came in 1990 when she was cast in The Godfather Part III. Fonda played the role of a journalist in the movie. After this, the already experienced actress gained widespread recognition.

After the success in Godfather Part III, Fonda landed the lead role in Barbet Schroeder’s Single White Female. Cameron Crowe’s comedy Singles followed this role. In 1993, Fonda starred in the American remake of French film Nikita- Point of No Return. For the role, she received critical acclaim and was praised for her provocative and taunting assertiveness.

In 1997, Fonda was on a flight with director Quentin Tarantino. The lucky coincidence ended up with him offering Fonda the role of Melanie in Jackie Brown. Fonda was also offered the lead role in TV series Ally McBeal, but she turned the role down to focus on her film career. In 2001, Fonda starred in the action thriller Kiss of the Dragon along with Jet Li. In 2002, Fonda portrayed the title role in Snow Queen. This project became her last on-screen appearance.

In 1990, Fonda began dating an actor, director, and producer Eric Stoltz. The couple dated for eight years, until their separation in 1998.

In 2003, Fonda suffered in a car crash in Los Angeles. She had a fractured vertebra. The same year, she got engaged with the composer and former Oingo Boingo frontman Danny Elfman. The couple married at the end of the year, and later had a son, named Oliver.