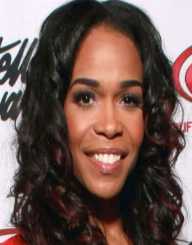 Michelle Williams is a former member of the famous pop music group, Destiny’s Child. She has also acted on stage and performed as a gospel artist. After the group disbanded, she went on to pursue a solo career in which she has been moderately successful. She was a guest performer at the 2013 Super Bowl.

Michelle Williams was born on July 23, 1980, in Rockford, Illinois. Her full name is Tenitra Michelle Williams, and her star sign is Leo. Williams started singing as a child in her church choir. Soon she became a part of United Harmony, a gospel group. Williams pursued an education in law, however, that didn’t interest her much. So, she dropped out of college and started her singing career.

When Michelle Williams was 19, she got a golden opportunity to become a backup singer for the R&B great, Monica. She was recognized for her work very soon and became part of the music group, Destiny’s Child who also had Beyonce Knowles as the lead singer. Her first song with the group was Independent Women Part I¸ which became a number 1 hit.

In 2001, the album Survivor was released, and it became an instant success with hit songs like Survivor, and Bootylicious. The group’s popularity and Williams’s responsibilities continued to grow as they released another hit album Destiny Fulfilled. With all the members wanting to pursue solo careers, the group disbanded in 2009.

Before the breaking up of Destiny’s Child, Michelle Williams had had some success in her solo singing career with albums like Heart to Yours. She had also acted on stage and sung some gospel tracks. So, she decided to pursue music as a solo artist. She was cast in the Broadway play The Color Purple. In 2008, she released her album Unexpected. The album was well received and the tunes We break the dawn and The Greatest were significant hits. In 2010, she appeared on Broadway again, in the musical Chicago.

In 2013, Destiny’s Child reunited to perform at the Super Bowl. Both Beyonce and Kelly joined Michelle, and they reportedly enjoyed the experience so much that they recorded a new track titled Nuclear. Williams released Journey to Freedom in 2014, and once again reunited with Beyonce and Kelly for the single Say Yes. It won the music video of the year award, and the album was nominated for the Outstanding Gospel album of the year award.

In her career, Michelle Williams has won several awards including a Grammy award and a MOBO award. In 2002, she was ranked as the fifth Top Gospel Artist following the success of her album Heart to Yours.

Michelle Williams is an active social worker and has raised money for various social causes through her concerts. She donated $148,900 to her church in 2001. In 2006, she promoted PepsiCo’s SMART – a program that supports a healthy lifestyle. She became a Hyundai partner to raise money for finding a cure for cancer in 2014.

Michelle Williams likes to keep her own life private. She is rumored to be dating pastor Chad Johnson.