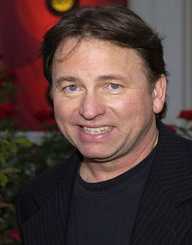 Actor John Ritter may be best known for his role as Jack Tripper on Three's Company.  However, John Ritter proved himself as a talented actor through his various roles and achievements.

John Ritter was born on September 17, 1948, in Burbank, California.  His parents Tex Ritter and Dorothy Fay were both actors.  His father, in particular, was also a country singer.  John Ritter grew up in show business.  John's older brother Tom was born with cerebral palsy.

John Ritter attended Hollywood High School.  John Ritter was active in organizations including student body president.  He graduated in 1966.  When John Ritter enrolled at the University of Southern California, John Ritter originally majored in psychology with an architecture minor.  John Ritter eventually changed his major to theater arts before his graduation in 1971.

While in high school and college, John Ritter got involved with acting.  He was a contestant on The Dating Game TV show in 1965.

During his college years, he traveled to Europe between 1968 and 1969 to act in plays.  John Ritter performed in Germany, England, Scotland, and Holland.

John Ritter had some acting roles in the 1970s.  His first TV debut was on Dan August in 1970.  The next year he had his start in film with The Barefoot Executive.  Throughout the decade, John Ritter had many guest appearances on TV series such as M*A*S*H, Kojak, and The Bob Newhart Show.

John Ritter also appeared in TV movies such as Bachelor-in-Law and The Night that Panicked America.  His first recurring role came in the TV series The Walton's.  From 1972 to 1976, Ritter portrayed Rev. Matthew Fordwick in 18 episodes.

However, John Ritter gained more popularity starring in the sitcom Three's Company for 174 episodes from 1977 to 1984. Even though John Ritter was filming episodes of Three's Company, he was also finding work in film and television movies.  He was the President of the United States in American than and Satan in Wholly Moses!.

John Ritter was also the voice of Peter Dickenson in The Flight of Dragons video.  John Ritter appeared on The Love Boat series twice.  After eight seasons on Three's Company, he signed on to the spin-off of the show Three's A Crowd.  However, it only lasted 22 episode and one season from 1984 to 1985. It wouldn't be until 1987 when John Ritter starred in a new TV series.  This time he played Detective Harry Hooperman in Hooperman.  In 1990, he starred in the film Problem Child, had a major role in Stephen King's TV mini-series It, and portrayed L. Frank Baum in the TV movie The Dreamer of Oz.

By 2000, John Ritter did not seem like he was slowing down.  From 2000 to 2003, John Ritter was the voice of the animated Clifford the Big Red Dog series.  He was also the star of the TV sitcom 8 Simple Rules. In 2003, John Ritter also finished production on Bad Santa.  That would be his last film.

John Ritter complained of chest pains on the set of 8 Simple Rules.  He died on September 11, 2003, in Burbank, California at the age of 54.

John Ritter died during heart surgery after being diagnosed with an aortic dissection.  His death was the same date as his youngest child's birthday.

John Ritter was born with a birth defect in his right eye.  Coloboma is a hole in one of the structures of the eye such as the iris.

The John Ritter Foundation was established by his wife Amy Yasbeck after his sudden death.  Donations in honor of John Ritter are used to focus on thoracic aortic disease education, support, and research.