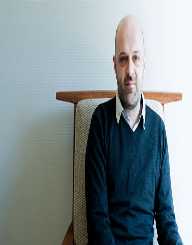 Hussein Chalayan was born on August 12th, in 1970. His place of birth was in Nicosia, Cyprus. He is famed for being a British fashion designer. Throughout his fashion designing career, he has emerged the winner of the British Designer of the Year for two times. He was this award first in 1999 and later in 2000. In 2006, he was bestowed with an MBE.

Born in 1970, Hussein Chalayan rose to become one of the leading designers of all time in British. He took his early education at TürkMaarifKoleji. When he was eight years old, his family were forced to migrate to England. This was as a result of severe ethnic conflicts that were experienced in Cyprus. In England, Chalayan enrolled with Highgate School. Soon, he went for his diploma in fashion at Warwickshire School of Arts. He also went to pursue Fashion Designer course at the Central Saint Martins College of Art and Design.

Hussein Chalayan was quick to move in the fashion industry. It did not take time before he launched his own company named Cartesia Ltd in 1994. Around this period of establishing his own company, he also introduced his clothing line dubbed Hussein Chalayan. He, however, abandoned the name Hussein on his line and simply used Chalayan. His fashion designs are somewhat different from what other people expect. It is for this reason that his fashion catwalks are normally dubbed as performances. He relies on technology and his intellectual creativity to create something unique.
In 1995, he worked with Björk, a singer, and a songwriter. He was to be credited for the designer outfits that Björk wore in the ‘Post’ album cover. The same year, Björk modeled for the famed fashion designer at the London Fashion Week.

In 1998, Chalayan earned himself a job as the creative director for TSE New York. During the same year, he went on to launch its line of sportswear.

In spite of the fame that he had gained in his career, Hussein Chalayan faced financial difficulties in 2001, and this required him to file for bankruptcy. At this time, his debts had amounted to $1.5 million.

Chalayan’s creative talent in the fashion industry landed him another job position even after filing for bankruptcy. He for Asprey, a jewelry brand as its creative director. Hussein Chalayan worked with the brand for about three years before leaving in 2004. Four years later, he also took the same job post in Puma AG. The period of the 2000s was a time when he tried his best in reorganizing his businesses back to successful ventures. He worked on introducing several men and women’s wear during this time.
Major Awards

In 1999 and 2000, Chalayan was crowned as the fashion designer of the year. Later on, in 2006, he was bestowed with an MBE. He was also awarded in 2009 for his lifetime contribution in the fashion industry.

Hussein Chalayan has a mysterious personality which makes it difficult for people to understand his private life.