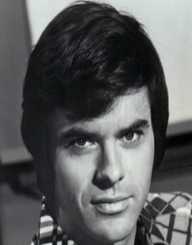 Robert Michael Urich was born on December 19, 1946. He was an American actor. He was also a television producer. His career spanned three decades. He appeared in fifteen television series throughout his career. He died on April 16, 2002, at the age of fifty five.

Robert Michael Urich was born on December 19, 1946, in Toronto, Ohio in the United States of America. He was born to John Paul and Cecilia Monica Urich. He was raised in the Catholic faith. He attended Florida State University on a football scholarship. At the school, he was a member of the Lambda Chi Alpha fraternity. In 1968, he graduated from the school with a Degree in Radio and Television.

He later worked in Ohio for some time before resuming his studies. He joined Michigan State University where he graduated from with a Master’s Degree in Broadcast Research and Management. After school, he worked as a weatherman and also as a salesman for WGN-TV in Chicago.

Robert Urich began his career by appearing in the production of ‘The Rainmaker’ alongside Burt Reynolds. He decided to pursue a fulltime acting career other than doing menial jobs to sustain himself. In 1972, he made his television show debut on the series ‘The F.B.I.’ In 1973, he starred in ‘Bob &Carol & Ted &Alice.’ In the same year, he made his film debut with the film ‘Magnum Force’ alongside Clint Eastwood. In 1975, he got a role in the action series ‘S.W.A.T.’

Two years later he appeared in the sitcom ‘Soap’ as Peter. In the same year, he appeared in ‘Bewitched’ as Paul Thurston. He later appeared in ‘Vega$’ as Dan Tanna who was a private detective. The series earned him two Golden Globe Award nominations. The series was however cancelled in 1981. Afterwards, Robert decided to focus on his film career fully, so he signed a contract with Metro Goldwyn Mayer. In 1982, he appeared in the film ‘Endangered Species.’

In 1988, he became the host of the series ‘National Geographic Explorer.’ The series won him as Cable ACE Award. The following year, he appeared in the miniseries ‘Lonesome Dove’ as Jake Spoon. In 1990, he got a role in the sitcom ‘American Dreamer’ and appeared in the movie ’83 Hours Till Dawn’. In 1991, he starred in the drama series ‘Crossroads.’

In 1993, Robert Urich starred in the sitcom ‘It Had To Be You’ alongside Faye Dunaway. In 1996, he starred in the series ‘The Lazarus Man.’ The show was however cancelled by Castle Rock Entertainment after Robert was diagnosed with synovial sarcoma. This did not go well with Robert so in 2000 he sued the company for breach of contract. The matter was however settled out of court.

While he was undergoing chemotherapy, Robert hosted the medical documentary series ‘Vital Signs’ and later the series ‘Boatworks.’ In 1998, he was declared cancer-free, and he went back to acting. In the same year, he appeared in the film ‘Love Boat: The Next Wave.’ In 200, he appeared in the musical ‘Chicago.’ In 2001, he co-starred in the sitcom ‘Emeril.’ His last appearance on film was in the film ‘Night of the Wolf’.

In 1968, Robert Urich married his first wife Barbara Rucker who is an actress, but they divorced in 1974. In 1975, he married actress Heather Menzies with whom he adopted three kids, Emily, Allison, and Ryan. They remained married until his death. Robert died on April 16, 2002, of breathing problems at Los Robles Hospital and Medical Centre. He died at the age of fifty five. His remains were cremated and his ashes buried in Prince Edward County in Ontario in Canada.