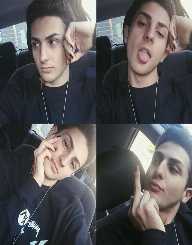 Social media personality Issa Christopher Tweimeh was born on the 13 May 1995 in California and was raised in San Francisco.

Tweimeh, who is of Arabic descent, used the handle Twaimz as his social media handle and is active on YouTube, Vine, Twitter, Snapchat, and Instagram. He blogs about social media, gaming, culture, and llamas.