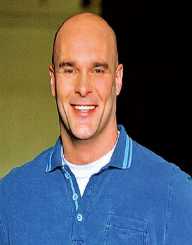 Well-known businessman and popular television host Bryan Baeumler was born on April 18, 1974, in Oakville, Canada. He grew up in Canada with his two siblings and from a very young age, he developed a passion for being a businessman. During his childhood days, he used to take entrepreneurial lessons from his father who was an aircraft engineer. Bryan spent a lot of time in building his family cottage from scratch during the summers.

At the age of 14, Bryan began helping his neighbours by doing odd jobs for them. He even opened his own small handyman business to cater to the needs of his neighbours. In 1996, Bryan completed his graduation securing a degree in B.A. in Political Science and Business from the University of Western Ontario. During his college days, he participated in many programs enthusiastically and was known for his hosting skills.

During his college days itself, Bryan Baeumler had begun working at an air-cargo business in 1995. After completing his studies, Bryan embarked on a career as a full-time businessman. After that, he established his contracting company named Baeumler Quality Construction and Renovations Inc. Simultaneously; he kept working at the air-cargo business till 2003.

Bryan Baeumler was a tall, charismatic man and his entry into the entertainment world was no surprise. The business tycoon bagged the opportunity to become a host of HGTV Canada’s TV show ‘Disaster DIY.’ He accepted the offer, and the show became a massive success making Bryan a household name in Canada. One and all noticed his exceptional hosting skills and soon HGTV offered him another show titled ‘Disaster DIY: Cottage Edition.’

Bryan Baeumler was on a roll as an anchor, and he began hosting many other shows. The success of his next show HGTV’s ‘Leave it to Bryan’ added another feather to his cap. Riding high on his success, Bryan Baeumler started hosting the show ‘House of Bryan’. Within no time, the show that was being aired on HGTV Canada became the channel’s highest-rated series of all time.

In 2016, ‘House of Bryan’ was replaced with another show titled ‘Bryan Inc..’ Bryan’s wife Sarah was also a part of the show. The popular host also donned the hat of a judge for HGTV’s show Canada’s Handyman Challenge. Mike Holmes and Scott McGillivray were the co-judges on the show.

Bryan Baeumler's work in his shows was appreciated by his audiences and critics alike. He even won the Gemini Awards in the category of ‘Best Host in a Lifestyle/ Practical Information, or Performing Arts Program or Series.’ Bryan is immensely famous all over the world and has a tremendous fan following on his social media profiles. He boasts of over 79k followers on Twitter, 75k followers on Instagram and more than 69k likes on his Facebook page. Apart from being seen as a regular host on various shows, Bryan currently serves as the President and CEO of his contracting company.

Bryan Baeumler likes to keep his own life away from the public eye. He married his long-term girlfriend Sarah in 2014, and the two have four kids together. Bryan’s children are named Lincoln Wolfgang Baeumler, Quinn Werner Baeumler, Charlotte Anne Baeumler and Josephine Judith Baeumler. He is known to be a fun-loving man who loves to spend time with his friends and family.