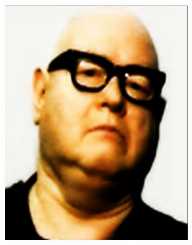 American serial killer Jerome Brudos was born on the 31 January 1939 in Webster, South Dakota. His family moved frequently he was brought up in three different states: Oregon, California and South Dakota. He had one sibling, a brother.


Jerome Brudos graduated from high school in 1957 and trained as an electronics technician.

Jerome Brudos developed a fetish for women’s clothing at a young age. He became obsessed with women’s shoes and clothes, hiding them at home and dressing up in them. This fetish led to his assault on a teenage girl when he threatened her with a knife and forced her to remove her clothes. Brudos then photographed her. For this crime, he was committed to Oregon State Hospital where he spent time in a psychiatric ward. At the same time, he was allowed day release to continue with his schooling. Brudos was diagnosed as schizophrenic. It was also established that his problematic relationship with his mother had led to a hatred of women.

His bizarre fetish behavior continued. In 1967 followed a woman home because Brudos shoes attracted his attention. After following her home, he waited until she was asleep in bed, then strangled her into unconsciousness before raping her. This new crime was only attributed to him after his arrest and imprisonment for his later crimes.

Around this time Brudos began prowling his local neighborhood where he spied on women and stole personal items including shoes and underwear. He kept these things in his garage.

Brudos went on to brutally murder four women between 1968 and 1969. He kept grizzly trophies in his garage. The garage and attic of his house were off bounds to his wife. He set up an intercom system so that she could forewarn him of her approach if she needed to knock on the door.

Initially, all the police had to go on was a witness sighting of a big man dressed as a woman. Some female students reported telephone calls from a man claiming to be a Vietnam vet. When one student went on a date with Brudos, she was later able to provide police with a physical description of him. During their first date, he referred to the dead woman who had been found and how he could abduct and strangle her in a similar fashion. The student reported the matter to police who asked her to accept a second date if he called again so that they could intercept and arrest him. The student co-operated with the police, and when Brudos called back to set up a second date, the police were waiting for him. When arrested he confessed to having killed four young women.

Because only three bodies had been recovered, Brudos was tried for the murder of three of his victims and received three consecutive life sentences. When he decided to use guilty because of insanity as a defense, mental health experts disagreed and found that he was legally sane. Brudos was sent to Oregon State Penitentiary, and although he appealed his conviction sometimes, he lost every time. Eventually, he was the longest incarcerated prisoner in Oregon State Penitentiary’s history.

Jerome Brudos married Darcie Metzler in 1961, and the couple had two children. Metzler was arrested by police as a possible accomplice but was released because they had no evidence to prove that she was involved in her husband’s criminal activities.